Meghalaya hopes for mine rescue 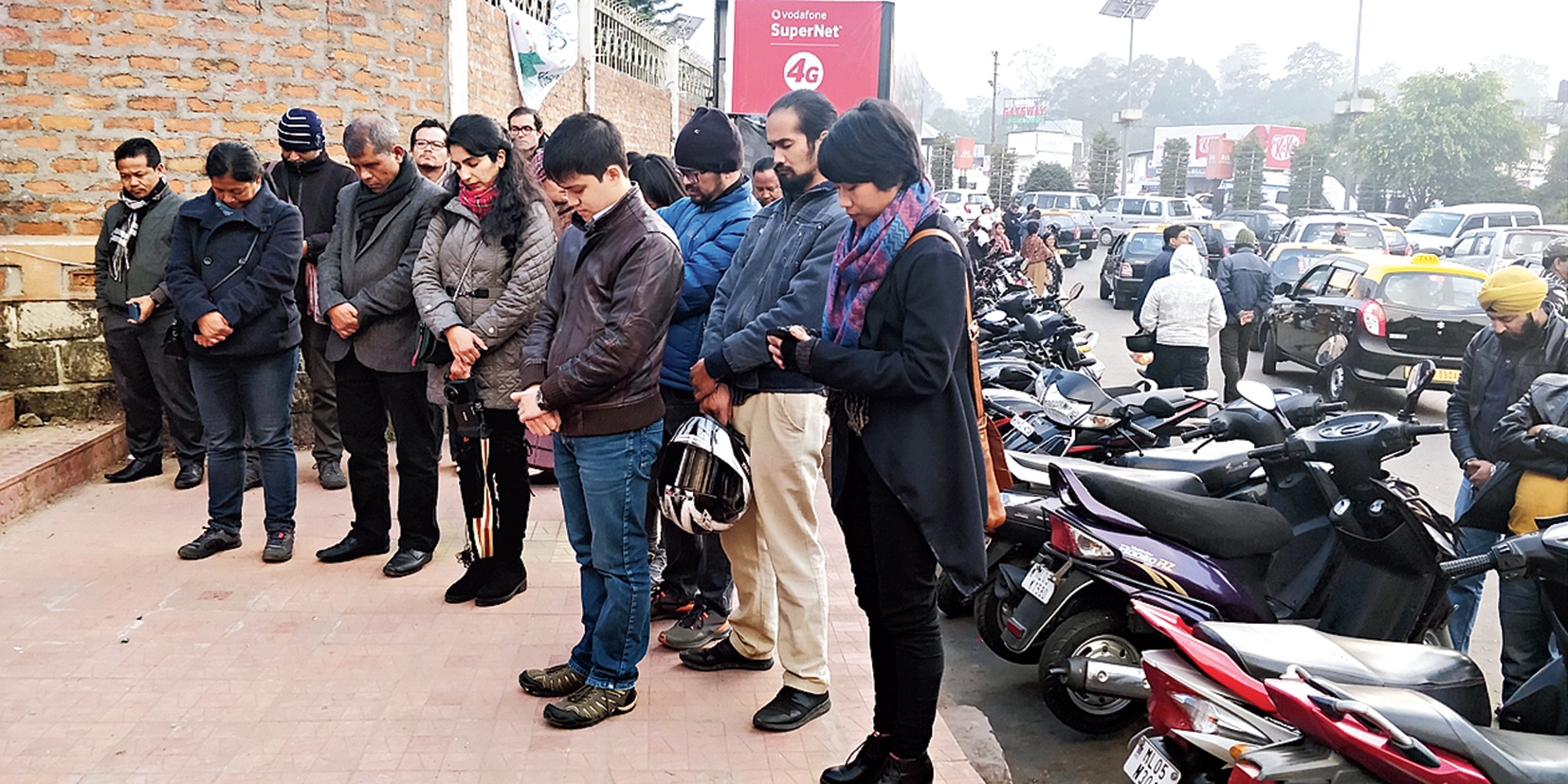 “Lives of coal workers cannot be sacrificed on the altar of private profit.” This was inscribed on a banner at a public vigil and an interfaith prayer organised by the Workers’ Power of Meghalaya and Thma U Rangli U Juki here on Saturday.

Apathy because of the sheer lack of response from citizens to the call of showing solidarity with the 15 miners who have been stuck inside a coal mine since December 13 although search and rescue operations have been stepped up from Saturday.

Very few people attended the prayer for the miners, their families, and search and rescue personnel in the hope that there would be some light at the end of the deep and dark rat-hole where the miners are stuck. Since December 13, the miners have been trapped inside the coal mine at Ksan near Lytein river, under Saipung police station in East Jaintia Hills. Even the word “apathy” did not escape from social activist Angela Rangad, who is also a leader of the Thma U Rangli U Juki.

“There has been some apathy both on the part of the people and the government. There was delay not just in rescuing these workers but also in ensuring that there is no illegal mining,” Rangad said.

Rev. P.B.M. Basaiawmoit, a prominent church leader and activist, said: “I feel very guilty because of the apathy and indifference. Is Ksan too far away from Shillong? Are we so individualistic that we don’t care for others’ misery? Sixteen days have gone. Yet is there hope for these souls in that rat-hole mine at Ksan.”

He wondered, “Are we so selfish that we don’t care for others? You may have given them (coal miners) Rs 3,000 a day when they got more coal. But will that make them survive today?”

He spoke of the November 8 incident at East Jaintia Hills where two women activists, Agnes Kharshiing and Amita Sangma, were attacked as they were after illegal coal mining, banned by the National Green Tribunal since April 2014. Sangma, who was there, recounted how on November 8 Kharshiing and she witnessed several coal-laden trucks illegally loading coal when they went to East Jaintia Hills.

“We went to seek security from police at Lad Rymbai. But they said no police personnel was available. That’s why we were assaulted,” she said.

Asked who gave information to the coal traders about their movements, Sangma said they would dig out the truth. She also alleged that the government had lied that there was no fresh illegal coal mining. “The incident at Ksan is like God pointing out the truth. I also want say to the government that the police and politicians are hand-in-glove (in the illegal coal mining business),” she added. The activist said she would continue to expose the wrongdoers.

Caldwell Manners, who chaired the gathering, said they wanted to convey to the miners that they were not alone. “We want them to know that up here we are thinking of them. We are rooting for them. We want them safe and rescued. We want them back home with their families. Let us light our candles to hold each one of the mine workers in the warmth of a people and a God watching over them,” Manners said.