Meghalaya has spent over Rs 100 crore in fight against Covid-19: Conrad Sangma 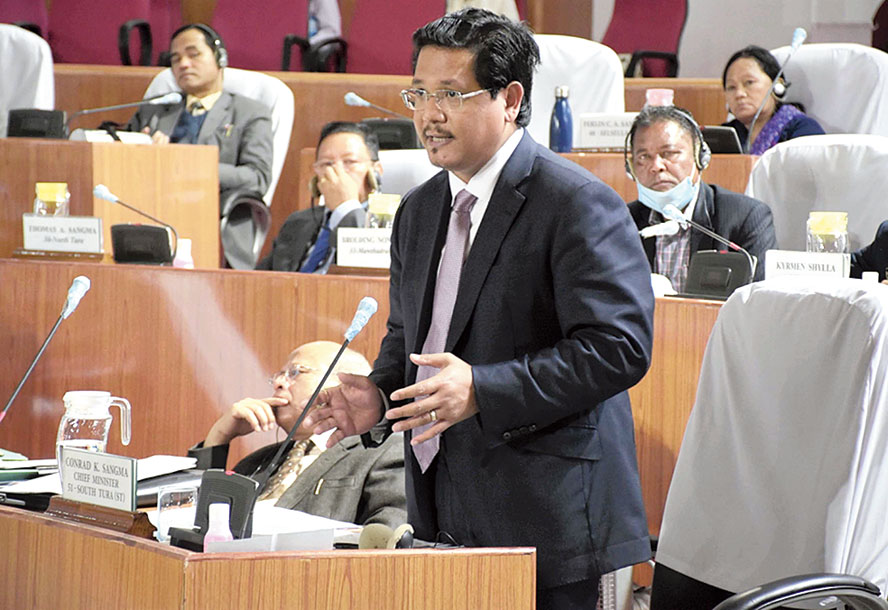 The Meghalaya government has incurred an expenditure of more than Rs 100 crore since the fight against Covid-19 pandemic began.

Informing this in the Assembly on the second day of the reassembled budget session on Thursday, chief minister Conrad K. Sangma said both the Centre and state government have taken numerous steps towards containing the spread of Covid-19 since mid-March.

“The entire state machinery has been working tirelessly over the last two months to deal with the various challenges related to the pandemic,” he said.

Following the outbreak of the global pandemic, he said Rs 57.98 crore has been sanctioned by the state government to the health and family welfare department. Of this, Rs 45.85 crore is from the state’s resources and Rs 12.13 crore is central resources.

This investment has helped improve the health infrastructure significantly, he said.

Moreover, he said the lockdown imposed to contain Covid-19 has adversely affected the livelihood, food security and income of various sections of the society.

In addition to implementing the relief measures of the Centre under the Pradhan Mantri Garib Kalyan Yojana, the state government, through its own resources, has taken up several relief measures.

An amount of Rs 3,000 each was credited to the bank accounts of 24,516 numbers of registered building and construction workers.

Further, Rs 2,100 each is being credited to the bank accounts of 181,491 unregistered workers under the Chief Minister’s Relief Against Wage Loss Scheme. The government is spending Rs 38.11 crore on this measure.

To provide relief to stranded citizens, Rs 3,000 each has been credited to the bank accounts of 9,224 individuals costing Rs 2.77 crore.

Additionally, provision kits providing two-weeks’ rations and other essentials to individuals and households under quarantine have been supplied to about 10,000 households in the state costing approximately Rs 2 crore.

An amount of Rs 26.38 crore has been provided to the food and civil supplies department for procurement and supply of 58,639 quintals of food grains under the open-market sale scheme.

A total of Rs 69.25 crore is being spent from the state resources under various relief measures related to Covid-19.

Combined with the Rs 45.85 crore spent on health expenditure, the total expenditure made by the state due to Covid-19 comes to Rs 115.10 crore, he said. However, he said more expenditure on health infrastructure, quarantine facilities and relief measures will have to be borne in the coming months.

Sangma said the government was being prudent in managing its finances, as committed expenditures including on salaries, pensions and interest payments will be incurred.

He said revenue collection has been impacted by the pandemic.

Further, the releases from the Centre have been lesser than expected. While the budgetary estimate for monthly tax devolution was Rs 428 crore, we had only received Rs 352 crore in April, a shortfall of Rs 76 crore.