Sangma was greeted with slogans and black flags in East Garo Hills condemning him and his sister, Agatha 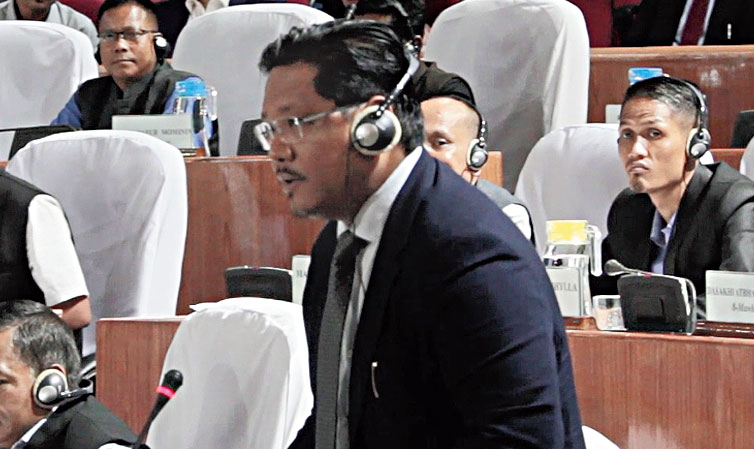 Trouble erupted in Shillong, compelling the district administration of East Khasi Hills to impose curfew in a few areas of the city from 10pm on Thursday until further orders.

“In view of the urgency of the matter, this order has been made ex parte,” the deputy commissioner East Khasi Hills district, Matsiewdor War Nongbri, said.

Earlier, violence triggered panic among city residents as goons went on the rampage and torched vehicles. They vandalised a few shops along the stretch from Motphran to Khyndai Lad on Thursday.

As the news of the incident spread, people, especially shopkeepers, downed shutters in panic from Ïewduh to Khyndai Lad. Shoppers scurried for safety.

Immediately, security personnel were rushed to take control of the area.

The police were deployed in the Motphran and Khyndai Lad areas.

On Thursday morning, several members of the Meghalaya Mahila Congress along with legislators took out a procession from Madan Iewrynghep to the parking lot near the additional secretariat building.

In Tura, members of the Youth Congress gheraoed the office of the ruling National People’s Party (NPP) and burnt effigies of Conrad and Agatha.