Man held with explosives from Manullapara

BRIEFS: A team, led by deputy superintendent of police launched a search and arrested the accused from his residence 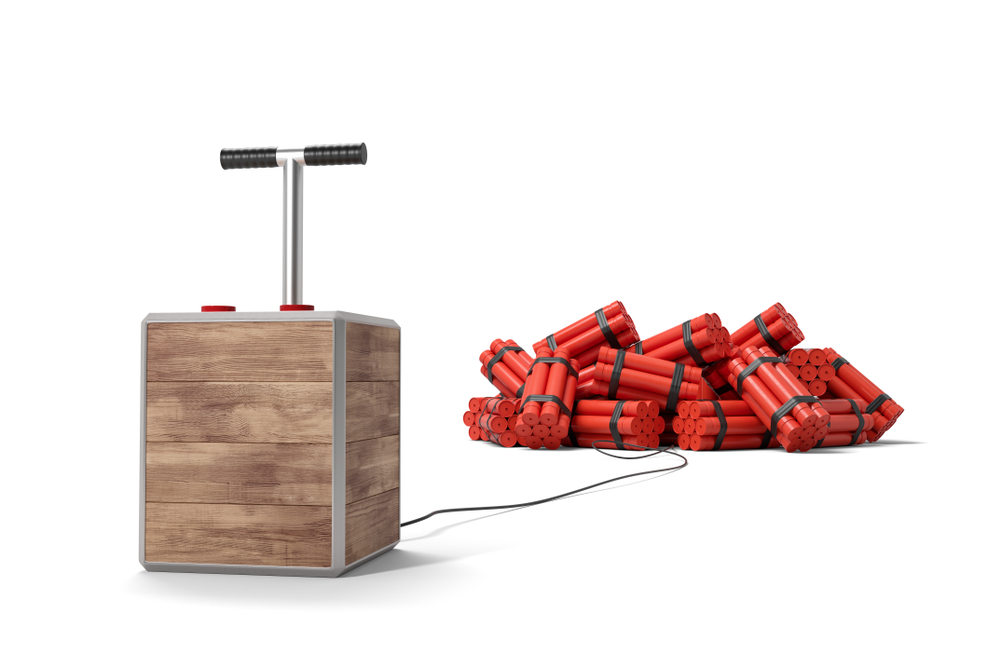 Lower Assam’s South Salmara Man-kachar police arrested one Rezzak Ali from Manullapara and seized a huge consignment of explosives such as 200 gelatin sticks, 1,100 detonators, 200 metres of Cordtex safety wire and a smartphone from him on Saturday night. The police said the accused is a resident of Manullapara village. A team, led by deputy superintendent of police (headquarters), South Salmara Man-kachar, Arif Ahmed, along with army personnel, launched a search and arrested the accused from his residence.

BSF personnel seized 1.5 lakh Yaba tablets valued at Rs 7.5 crore and arrested one person from Bishalgarh subdivision of Sepahijala district on Sunday. BSF deputy inspector-general Rakesh Ranjan Lal said the intelligence branch received information that a consignment of Yaba tablets would come from Assam to Sonamura. “We apprehended the driver, Jahid Hossain, 27, and handed him over to the police,” he added.

Barek Ali was critically injured in a rhino attack when he came face to face with it at Shyampur in Assam’s Darrang district on Sunday. The rhino had come out of Orang National Park and forest officials are trying to chase it back.

The Dhubri district unit of the Keshav Sewa Samiti, under the supervision of Dr Hemanta Kakati of Gauripur Nursing Home, conducted a free medical camp at Dhubrichar on the outskirts of Dhubri town on Sunday.

Mizoram governor P.S. Sreedharan Pillai has been conferred a doctorate degree for his outstanding contribution towards literature, an official said. He was awarded an honorary DLitt degree by JJT University at its convocation held at Jhunjhunu in Rajasthan on Friday, he said.

Police recovered 10,250 suspected Yaba tablets weighing 1.056kg, from an autorickshaw here on Saturday night. Hailakandi superintendent of police Pabindra Kumar Nath said they have seized the drugs and arrested one Abdul Rashid of Karimganj district. A case has been registered and investigation is under way.

Chittaranjan Roy, 59, a teacher, died on Sunday afternoon when he lost control of his motorcycle and hit a roadside culvert at Fansanggiri near Dudhnoi.

The Assam government on Sunday inaugurated the construction of a six-lane bridge over the Brahmaputra to connect Guwahati and north Guwahati at Bharalumukh here.