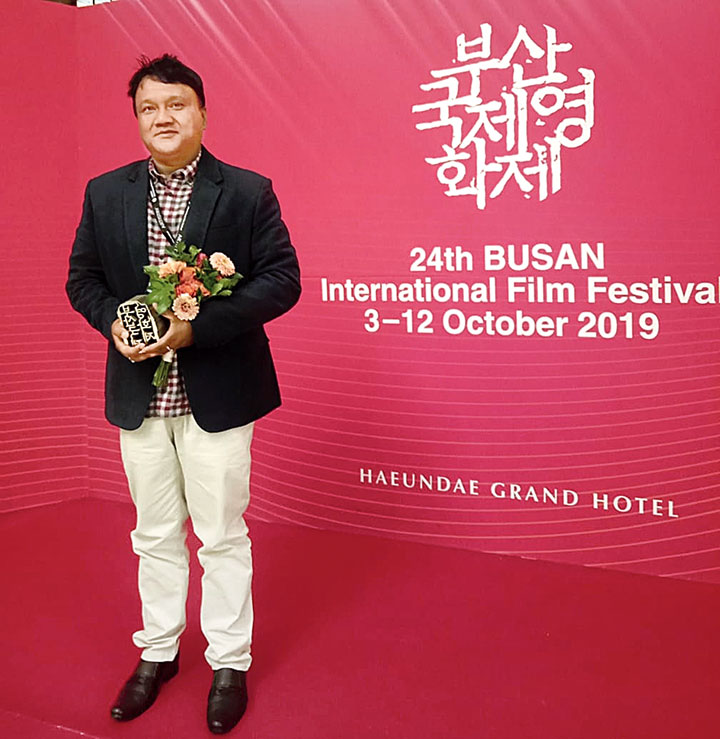 “I’m extremely delighted to have won the Kim Ji-seok Award. It’s an honour. I actually would like to thank Shankar Lall Goenka, my producer, who had completely trusted me with Iewduh. I’m very thankful to all the team members. They have been like pillars during the making of the film,” Kurbah told The Telegraph over phone from Busan on Saturday.

“The aim of the award is to discover and encourage Asian films, the Kim Ji-seok Award was selected among films screening in A Window on Asian Cinema, a section that introduces films from the year’s most talented Asian filmmakers,” the organisers said on the festival’s website.

Among the eight world premieres under A Window on Asian Cinema selected as nominees, the jury members selected two films for the award. Each film will be awarded a cash prize of $10,000. The other film to get the honour is Pakistani director Sarmad Sultal Khoosat’s Circus of Life.

Launched by the festival organisers in 2017, the award pays tribute to Ji-seok, who died in May 2017. He was a founding member of the festival, who devoted his life to discovering young Asian directors and supporting the growth of Asian cinema. He took an essential role to establish BIFF as one of the world’s best film festivals.

Iewduh had its world premiere at BIFF.

Iewduh in Shillong, also known as Barabazar, is one of the oldest and largest traditional markets and trade centres in the Northeast. The film narrates the daily lives of the people involved with the market and their co-existence with different religions and communities.

The director dedicated the award to the people of Iewduh.

“Iewduh is about everyday people, with everyday stories, not dignified as heroes, but people who make the lives of each other better. In every lane of Iewduh is an untold story. It’s about the struggle, the hope to give life not just to themselves, but also to those that they love, those that they care for. In Iewduh when reason ends, relationships begin,” said Kurbah.

The 24th edition of the BIFF, which started on October 3, concluded on Saturday.