The Telegraph School Awards for Excellence 2018 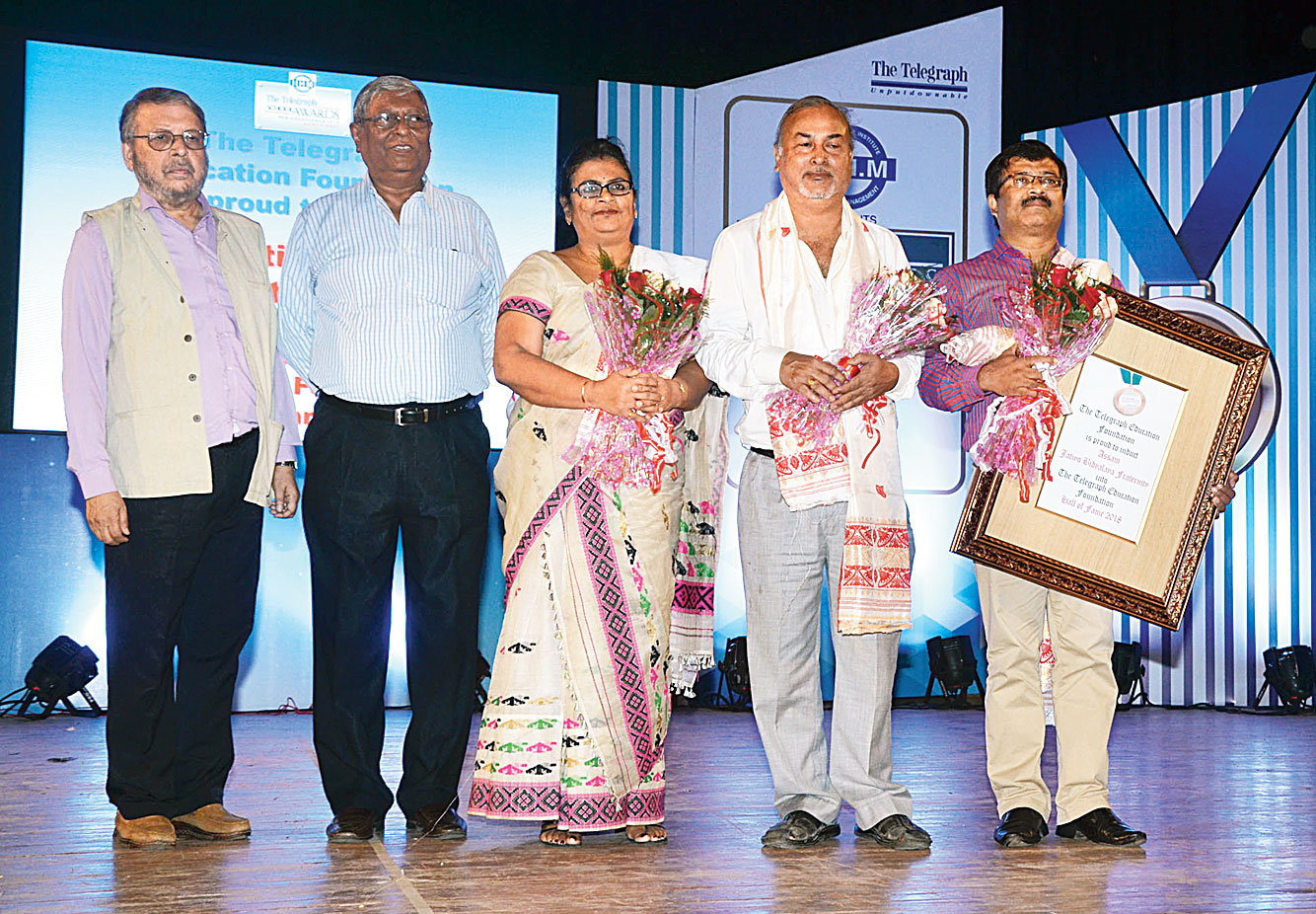 Back in the nineties, paediatrician Narayan Sarma had seen a Frankenstein’s monster in the heavy schools bags that children in private schools lugged to class every day —and the heavy ‘homework’ they lugged back home.

These thoughts he jotted down on paper, finally writing an article in a local Assamese daily, where he pleaded that children be spared of such torture and that learning be turned into a fun activity.

Once the article rolled out of the press on December 6, 1992, it created a statewide debate.

“More and more people came out in support of my views. Soon, we had a group of like-minded people who came together and decided to set up an Assamese medium school,” Sarma told The Telegraph at Guwahati.

That was how Assam Jatiya Bidyalay came into being, beginning its long journey into time from a rented house on Rajgarh road in central Guwahati on January 1, 1994. Four years later, it moved to a new address at Noonmati, by the New Guwahati railway station where it has since stood tall, holding aloft the banner of vernacular education, taking it head on, and often doing better than westernised ‘convent’ schools.

Five years after the Assam Agitation had come to an end in 1985, Assam Jatiya Bidyalay had found a chink in the armour of the region’s English education system — a yearning for self-expression, in one’s own language.

The school that started out in a rented house at Rajgarh soon became a movement, steering its way to academic excellence across the state, sticking to the State Board, and vying for honours among the state’s most expensive and elite.

Sarma’s innovations, too, were to continue: some years ago, the school asked its students not to bring textbooks to schools, to inculcate the habit of thorough textbook studying at home and to also reduce the weight of school bags.