He was speaking at the three-day Northeast-SDG Conclave 2020 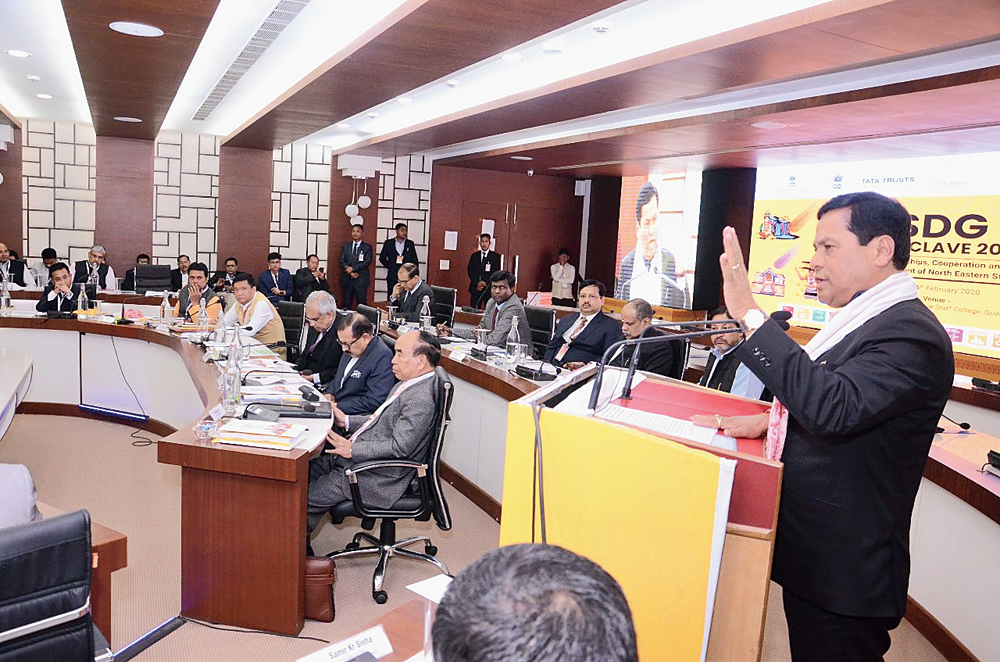 Speaking at the three-day Northeast-SDG (sustainable development goals) Conclave 2020 here on Monday, Kumar said rankings have fallen in recent times in ease of doing business in the region. “This has to be reversed and improved,” he said.

The conclave focuses on partnerships, cooperation and development of northeastern states. Officials said SDGs are now being used as the overarching framework for development discourse, planning and action all over the world and India has the satisfaction of being the harbinger of adoption and implementation process of this framework having championed critical social, economic and environmental parameters. “Private enterprise has to be encouraged in the Northeast and partnerships are the key in implementing SDGs,” he said.

Kumar said India is at the forefront of the implementation and monitoring of SDGs and the Northeast will have a significant contribution in this context and play a key role in India’s success in achieving global goals.

“We have to mainstream the Northeast in the national agenda,” he said, adding that the Centre is working to help the region in all respects.

Kumar said every state in the Northeast needs to develop its priorities and there is a need to localise and set priorities in getting to the SDGs .

“I would request each state of the Northeast to set up an SDG monitoring unit, which could replace state planning departments which are not doing the work. There has to be improvement in data quality to have evidence-based policy making,” he said.

The three-day conclave has been organised by Niti Aayog in association with the North Eastern Council, the government of Assam, Tata Trusts, United Nations Development Programme (UNDP) and Research and Information System for Developing Countries (RIS) to identify solutions and accelerators in the implementation of SDGs.

The chief ministers of the northeastern states attended the programme besides top ranking officials of central, state and international organisations.

Assam chief minister Sarbananda Sonowal said, “Whatever we do, needs to be sustainable,” He requested Kumar for a Niti Aayog office in Guwahati.

Sikkim chief minister Prem Singh Tamang said sustainability is important for Himalayan states while Tripura chief minister Biplab Kumar Deb spoke of his government’s efforts in aligning its development strategies with the SDGs, be it through increasing labour budgets and asset creation or the Ayushman Tripura and Atal Jal Yojna.

Mizoram chief minister Zoramthanga said with the Centre’s financial help and monitoring of progress made by the northeastern states, the SDGs could be achieved. Arunachal Pradesh chief minister Pema Khandu spoke of the need for better connectivity.

Renata Lok-Dessallien, UN resident coordinator, India, highlighted the integral role the northeastern states play in the country’s effort to achieve the SDGs. “These states continue to score well in the set parameters and the world has much to learn from them,” she said.