Group: Bill can lead to Balkanisation 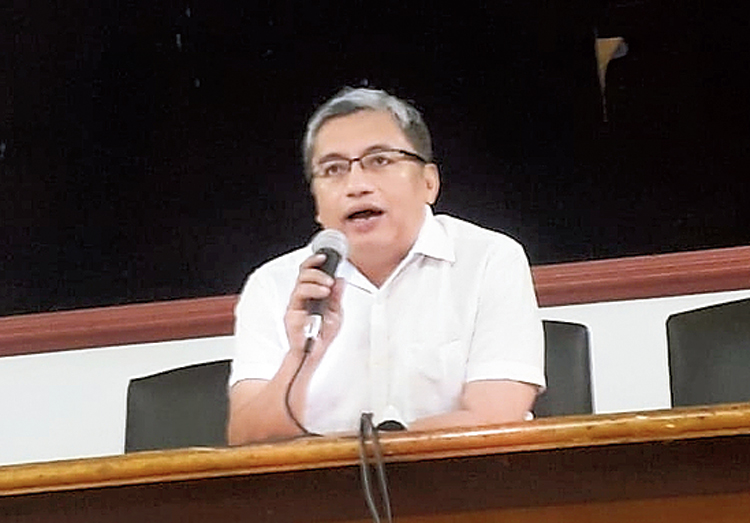 A rights group on Friday claimed that Assam could become the dumping ground for 10 lakh people from the rest of the Northeast if the Citizenship (Amendment) Bill was tweaked by the Centre.

After vociferous protests against the bill across the Northeast, the Union home ministry and the ruling BJP have proposed to tweak it so that it does not override the Bengal Eastern Frontier Regulation, 1873, under which Indian nationals are required to provide ILP for entry into Arunachal Pradesh, Nagaland and Mizoram and the bill will not be applicable for these states. Further, the Manipur Peoples Protection Bill, 2018, passed by the Assembly seeks to expel non-Manipuris, who or whose forefathers were not living in the state before 1951.

Rights & Risks Analysis Group director Suhas Chakma told reporters here that exempting Arunachal Pradesh, Nagaland and Mizoram from the bill impact will lead to dumping of more than 10 lakh people from these states. Northeast will be Balkanised, he added.

Balkanisation refers to the process of fragmentation or division of a region or state into smaller regions or states that are often hostile or uncooperative with one another.

“If the bill is tweaked to exempt the ILP states and the Manipur Peoples Protection Bill, 2018, is given assent, more than 10 lakh people from these states could be identified as illegal residents under the proposed nation-wide NRC and dumped into Assam. Hence, instead of expelling alleged foreigners, Assam will end up receiving over a million people before 2024,” Chakma said.

According to the 2011 census, Mizoram had 61,091 non-tribals, Nagaland had 2,67,529 and Arunachal Pradesh had 4,31,906, while Manipur has lakhs of people who might not have documents to prove they resided in the state prior to 1951. “All these people could be dumped into Assam,” Chakma claimed.

Chakma claimed that a majority of those excluded from the NRC have submitted their claims as Indian citizens. If the citizenship bill is enacted and the excluded submit applications claiming themselves belonging to minority communities from Bangladesh, Afghanistan and Pakistan, it effectively means they had submitted false statements and evidence to the NRC authorities and remain open for prosecution, he claimed.

“The bill will provide citizenship by naturalisation to minority communities from Afghanistan, Bangladesh and Pakistan. However, Gorkhas, Scheduled Tribes, Bhojpuris, Koch Rajbongshis and tea tribes, among others, cannot claim to have come from those countries, and therefore, they are not covered under the bill. The Assam government and the ministry have no policy to how to resolve their issues,” he said.

Chakma reiterated there is need for a holistic, one-time solution for all the excluded people. “However the BJP government is shying away from taking such a bold decision as it seeks to divide people into ILP and non-ILP groups. The region will witness Balkanisation and people, especially minorities will suffer,” he added.