Assam ferry passengers can book tickets through a mobile app 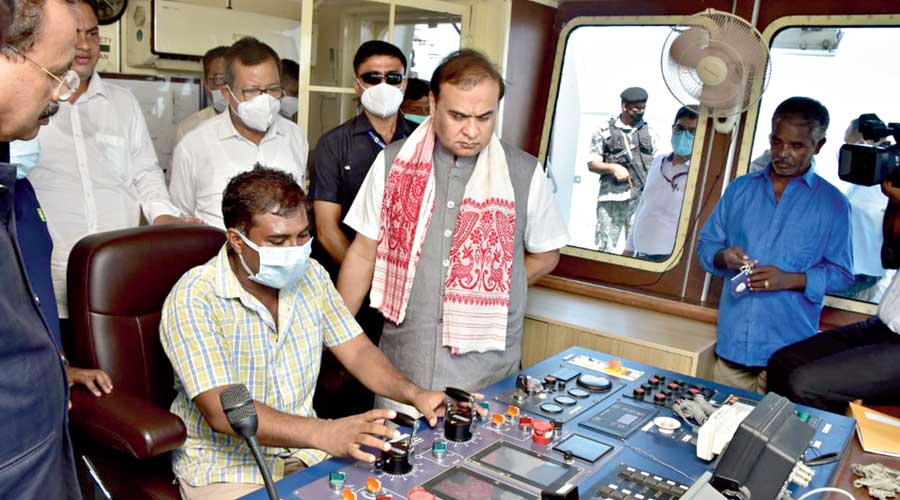 Assam chief minister Himanta Biswa Sarma reviews the safety measures and other facilities put in place for the passengers at Nimatighat and Majuli in Jorhat on Wednesday.
Umanand Jaiswal   |   Guwahati   |   Published 16.09.21, 12:06 AM

Ferry passengers in Assam will soon be able to book their tickets through a mobile app to be launched by September-end.

The launch of the first-of-its-kind app was announced by chief minister Himanta Biswa Sarma after reviewing the safety measures put in place for the smooth movement of ferries and safety of passengers in wake of the September 8 ferry mishap at Neematighat in Jorhat district, which left three dead.

A Majuli-bound ferry sank after being hit by another ferry arriving at Neematighat, triggering widespread protests against the government for not streamlining the ferry services for the safety of commuters and delay in constructing the bridge connecting Jorhat with the river island.

Immediately after the mishap, the state government had announced a set of safety measures for passengers using water vessels plying between Jorhat and Majuli and elsewhere in the state, including banning the plying of single-engine boats, which started causing a lot of inconvenience to commuters.

The demand for compulsory tickets for passengers with their names, address and contact numbers was a key demand of the local populace so that everyone could be accounted for in case of a mishap. 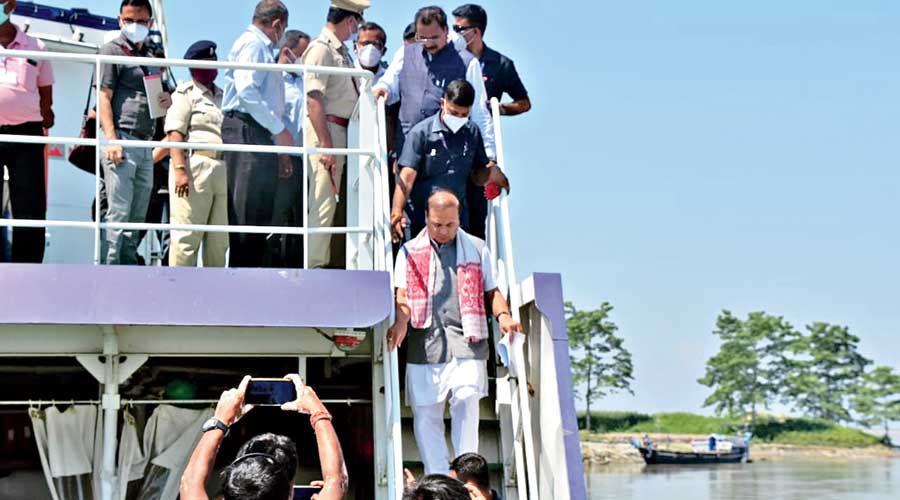 An estimated 6,000 people used to commute between Neematighat and four other ghats in Majuli before the mishap, compelling commuters to be in long queues for tickets for the couple of available ferries from around 3am.

Majuli, Jorhat and Dhubri are among the districts where inland water transport is used by a significant population.

Transport minister Chandramohan Patowary, who has been camping in Jorhat-Majuli since the day of mishap to plug loopholes plaguing the ferry service, told The Telegraph that the app is being developed by Amtron, a state government undertaking, and will be launched in a week.

“We are aware of the inconvenience caused to passengers and are working out ways to end it. The app will be initially launched for Majuli and then extended to cover the entire state. Besides the app, we are also trying to make available at least eight boats/ferries for commuters in a week. Life jackets along with tickets to keep account of passengers have become mandatory now,” Patowary said.

He also said that the state government will bear the cost of marine engines to be fitted in eight single-engine boats suspended after the mishap to make available more options for transport of goods and passengers.

“We have also fixed timings of Ro-Pax vessels and boats with marine engines in operation. They will ply three times a day from both banks,” Patowary said.