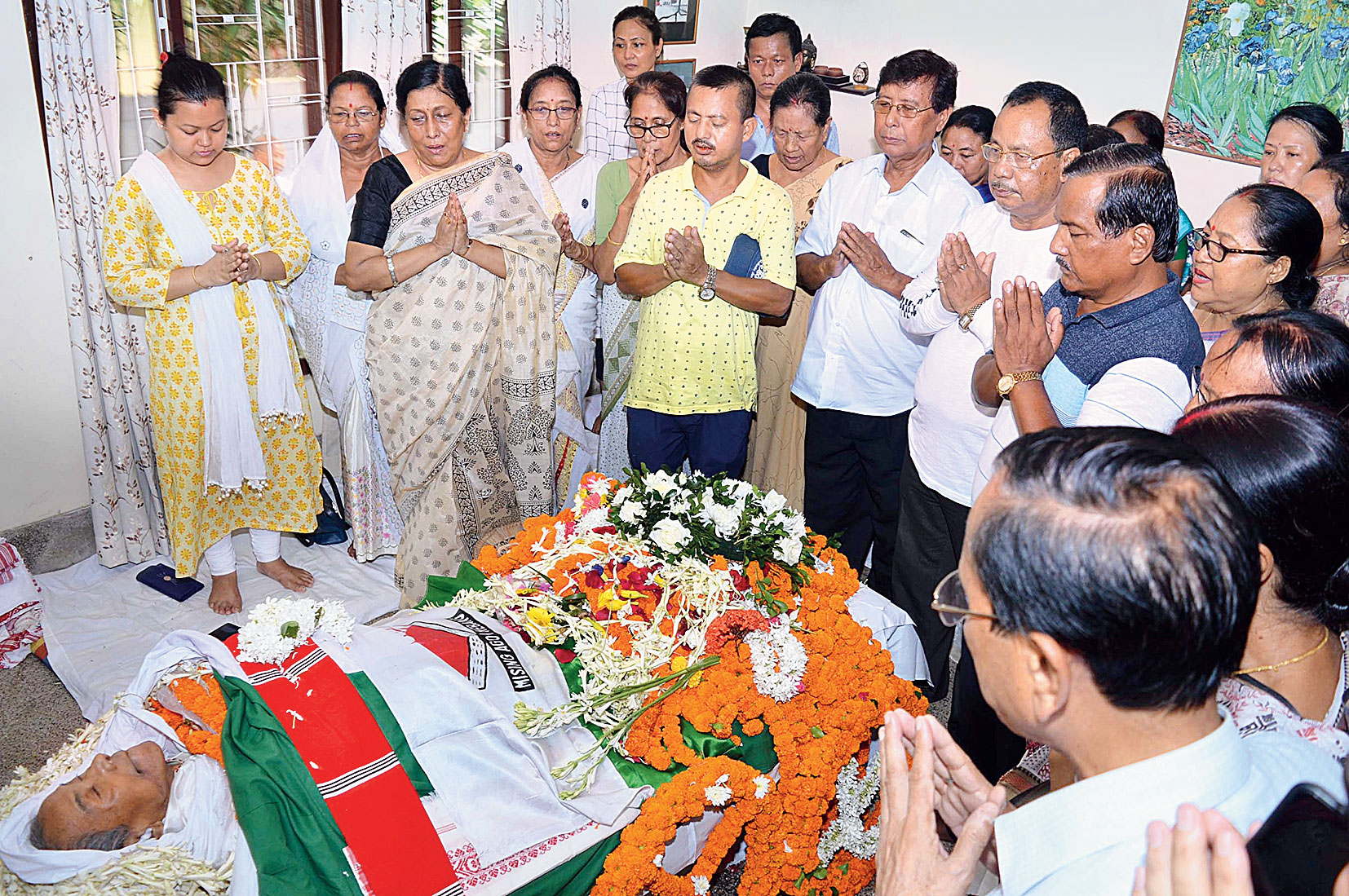 Assam educationist, author and administrator Tabu Ram Taid passed away at a private hospital here on Saturday morning after a brief illness. He was 77.

Family sources said he was admitted to the hospital with fever in early August. His last rites will be performed with full state honours at his native place in Lakhimpur on Sunday. People visited his Beltola residence on Saturday to pay tribute.

“The death of Tabu Ram Taid, popularly known Tabu Taid among students, is a great loss to the state. A multifaceted personality, Tabu Taid contributed immensely to the linguistic, educational, cultural development of the state,” chief minister Sarbananda Sonowal said.

Born to a farmer’s family on August 1, 1942, at Ghunasuti Ayengia village in Lakhimpur district, Taid was very bright in his academic journey since childhood.

On completing his schooling at North Lakhimpur, Taid went to Calcutta University and completed his postgraduate degree in English from the University of Delhi in 1966.

Apart from authoring several books, Taid also played a major role in the promotion and preservation of the Mising language. He was the founder president of the Mising Agom Kebang, also known as Mising Sahitya Sabha, the apex body of the Mising community.

Among others, he was awarded prestigious Bhasha Samman Award by the Sahitya Akademi for his contribution to Mising language and literature.

Sonowal termed Taid’s death an irreparable loss thatwould definitely create a void in the socio-cultural and educational landscape of the state.

“Though no word is enough to condole the death of a great personality like Tabu Taid, I convey my deep sympathy to the bereaved family members and pray to the Almighty for eternal peace of the departed soul,” he added.