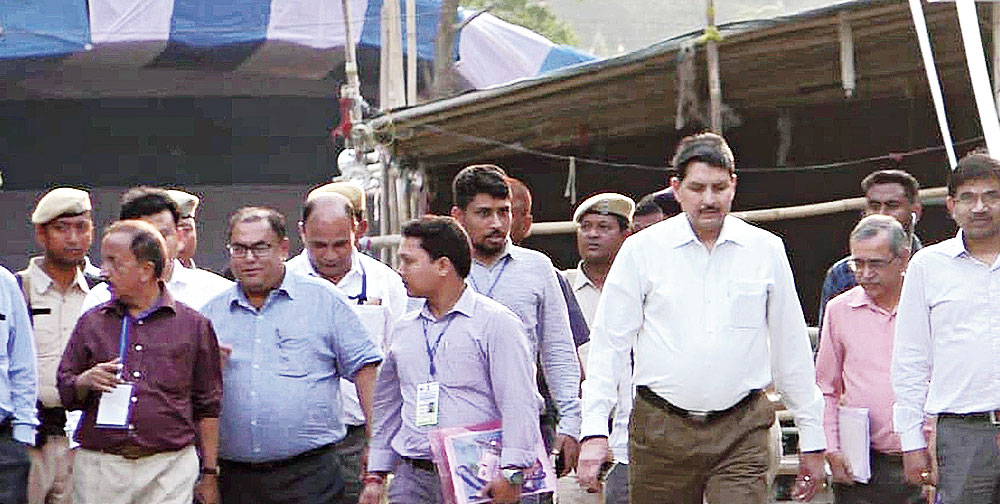 A two-member Election Commission team on Wednesday inspected the strongroom in Kamrup district along with two places where “unused” EVMs from various parts of the state were stored on Sunday.

The poll panel sent the team following a complaint lodged by Assam PCC chief Ripun Bora in connection with “fishy” storage of “unused” EVMs at a private godown adjacent to the strongroom. Assam Congress had lodged at least three complaints with the EC about the Sunday incident including one by Bora.

Guwahati city district Congress committee president Kushal Kumar Sarmah told The Telegraph that they met the team during their visit to the strongroom and the two other storages.

“After inspection, the team met our five-member delegation and agreed to our request to seal all the unused EVMs and allow our representatives to guard them,” said Sarmah.