Assam industry and transport minister Chandra Mohan Patowary's announcement about the reopening of Western India Match Company (Wimco) has brought cheers to the people of Dhubri. 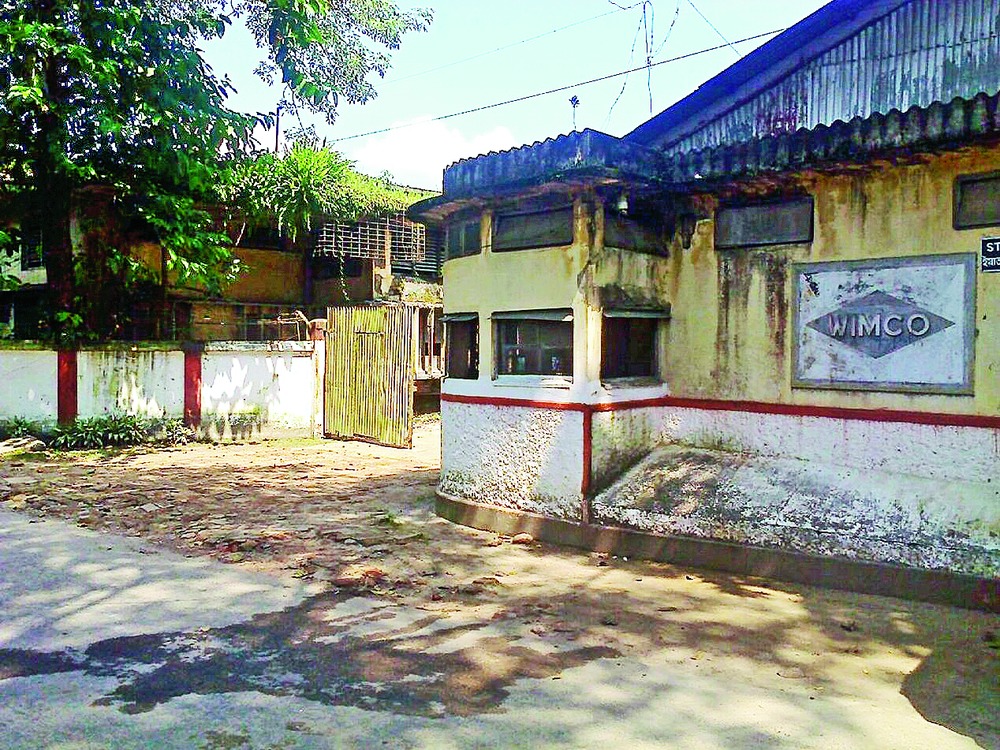 Patowary, while announcing Rs 5,000 crore industrial development projects in the state on Wednesday in Dispur, said the Dhubri match factory would be reopened and a jute-based industry would also come up in Dhubri district.

Wimco at Dhubri remained closed from 1997 and various organisations and political parties have been demanding to reopen it.

Talking to The Telegraph, BJP Dhubri district unit vice-president Debomay Sanyal, while thanking Patowary for the inclusion of Wimco in the list of industries that would be reopened in the state, said it would bring a sea change in the economy of the district besides creating jobs for the youth and skilled workers.

Sanyal said he has constantly been in touch with Patowary and said the closure of this industry had displaced nearly 3,000 workers and employees.

The Balurchar Sarbajanin Durga Puja Committee had made a replica of Wimco as their Puja pandal this year and demanded the reopening of the industry. They had also sent a memorandum to Prime Minister Narendra Modi, which was signed by thousands of Dhubri residents.

Ashish Ghose of ward 3 of Dhubri town and an active member of the committee said their efforts in reopening the industry showed results.

"People of Dhubri district and lower Assam will be benefited by the reopening of this industry, which was established in 1925 and one of the five profit-making match factories in India," Ghose added.

The Dhubri match factory was established on a 132 bighas on the outskirts of Dhubri town. It was earlier known as Assam Match Company (Amco) set up by a Swedish company in 1925.

However, in 1979, the Zathia Group of Industries took over the five match factories located in Mumbai, Chennai, Bareilly and Calcutta, and renamed them as Wimco.