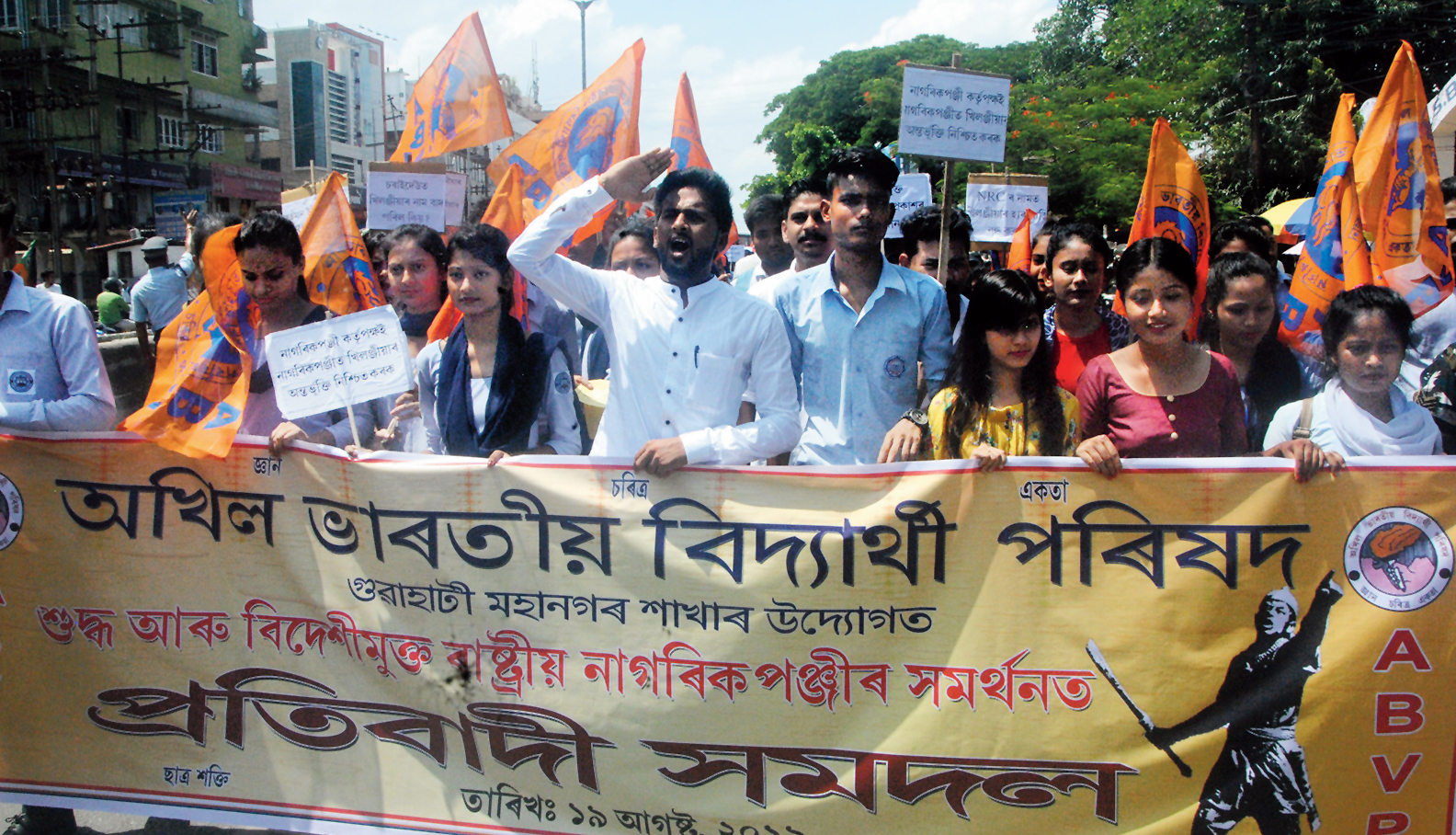 The 1951 NRC is being updated in Assam to prepare a register of Indian citizens under the supervision of the Supreme Court, which has set August 31 as the deadline for publishing the final NRC.

ABVP on Monday took out a rally from Ulubari High School playground to the NRC office in Bhangagarh, covering a distance of 450m.

About 400 city college students gathered at 10am and started their march shouting slogans like “Prateek Hajela hai hai”. Hajela is the state NRC coordinator.

“As far as we know the names of many indigenous people has been left out from the NRC. Instead illegal migrants have got and are getting themselves listed. Hajela, in the name of re-verification, has created an NRC full of names of illegal immigrants. It will never be accepted,” ABVP state joint secretary Debasish Roy said on Monday.

He said, “The NRC is being updated because of the threat posed by illegal immigrants to the state’s linguistic, cultural and social fabric. If the sole reason is compromised then the update will be of no use. We demand 100 per cent correct documents with the inclusion of names of all indigenous people and exclusion of all suspected foreigners.”

After the protest, ABVP members submitted a memorandum to Hajela seeking an error-free NRC.

“We have been waiting for 30 years for the NRC update. The people of Assam can wait one more year for a clean and error-free document,” state ABVP unit treasurer (Guwahati city) Sailen Kalita said.

On Saturday, members of Hindu Jagaran Manch in Kokrajhar district had staged a two-hour dharna in front of the deputy commissioner’s office demanding a clean and error-free NRC.

A memorandum was also sent to the registrar general under the ministry of home affairs, through the Kokrajhar deputy commissioner, demanding 100 per cent re-verification of the draft list of the NRC update before publishing the final list.

A similar protest was also staged by members of Sachetan Nagarik Mancha.