This year the girls were specially encouraged to join the forces 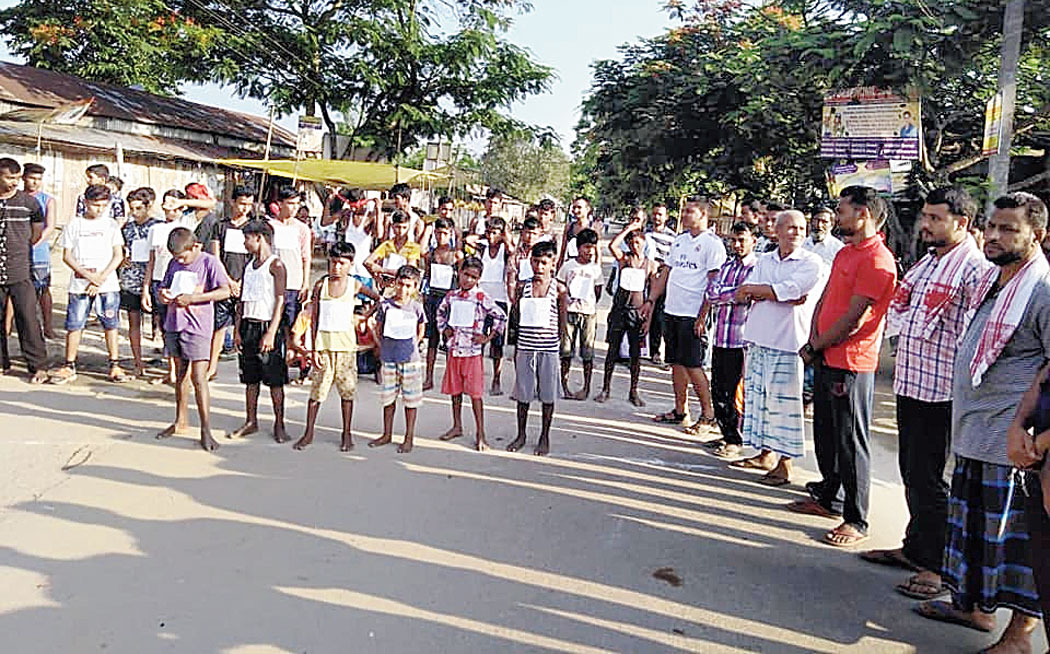 Since 1985, Chenimari village in Barpeta district has had a tradition of sending its finest young men to the army, Assam police and the paramilitary forces to serve the nation.

However, the recent incident of Kargil veteran Mohd Sanaullah being declared a foreigner and lodged at a detention facility for a week until his release on Saturday, has left the villagers hurt but undeterred in its resolve to keep the tradition going at all cost.

This year, so far the village has sent three of its sons to the forces. Two are in the army and one is in the Central Reserve Police Force. Every year, the number ranges between three and five.

The village boasts of having sent over 150 of its men to the forces including the Indo-Tibetan Border Police, Sashastra Seema Bal, Border Security Force and Central Industrial Security Force, in a span of 30 years.

Every year, the village also organises a marathon for young boys and girls to foster a healthy spirit and mind so that in the coming years they are fit to join the forces.

This year the girls were specially encouraged to join the forces.

Former naik Juzar Khan, the first person in the village to join the army, said, “We at the village are not deterred by such incidents (referring to Sanaullah being declared a foreigner). We are glad that he is out on bail. Sending our boys to the forces has become a tradition of sorts. Around 40 boys travel by buses to reach the different interview venues, wherever they maybe. This tradition will continue, no matter what.”

Khan, who was posted at the Wagah border, Ladakh, Kargil (post-war) and even escorted Amarnath Yatra pilgrims, retired in 2004.

Every evening in the village field, young men are asked to run to build their physique. The village has also developed a process of consultation and training to help them with the written exams.

Farooq Sikder is one of the teachers who trains the candidates. “Around seven to eight cousins in my family serve in the forces. Even after serving the nation a few of my family members were sent D-voter notices. But we are not deterred by such things. I train and provide consultations to the young men who wish to join the forces. I help them with the studies,” Sikder said.

A major portion of Chenimari has been lost to erosion over the years. It now remains a cluster of close villages with some bordering char areas.

“Chenimari has its tragedy on account of erosion. But the people here have an indomitable spirit. They are patriots and even though the rest of the world may question their identity they are loyal citizens of India. A proof of which is its tradition of sending its sons to the forces,” Barpeta rights activist Ashraful Hussein said.