Jawans reversed their rifles while the bugles sounded the Last Post 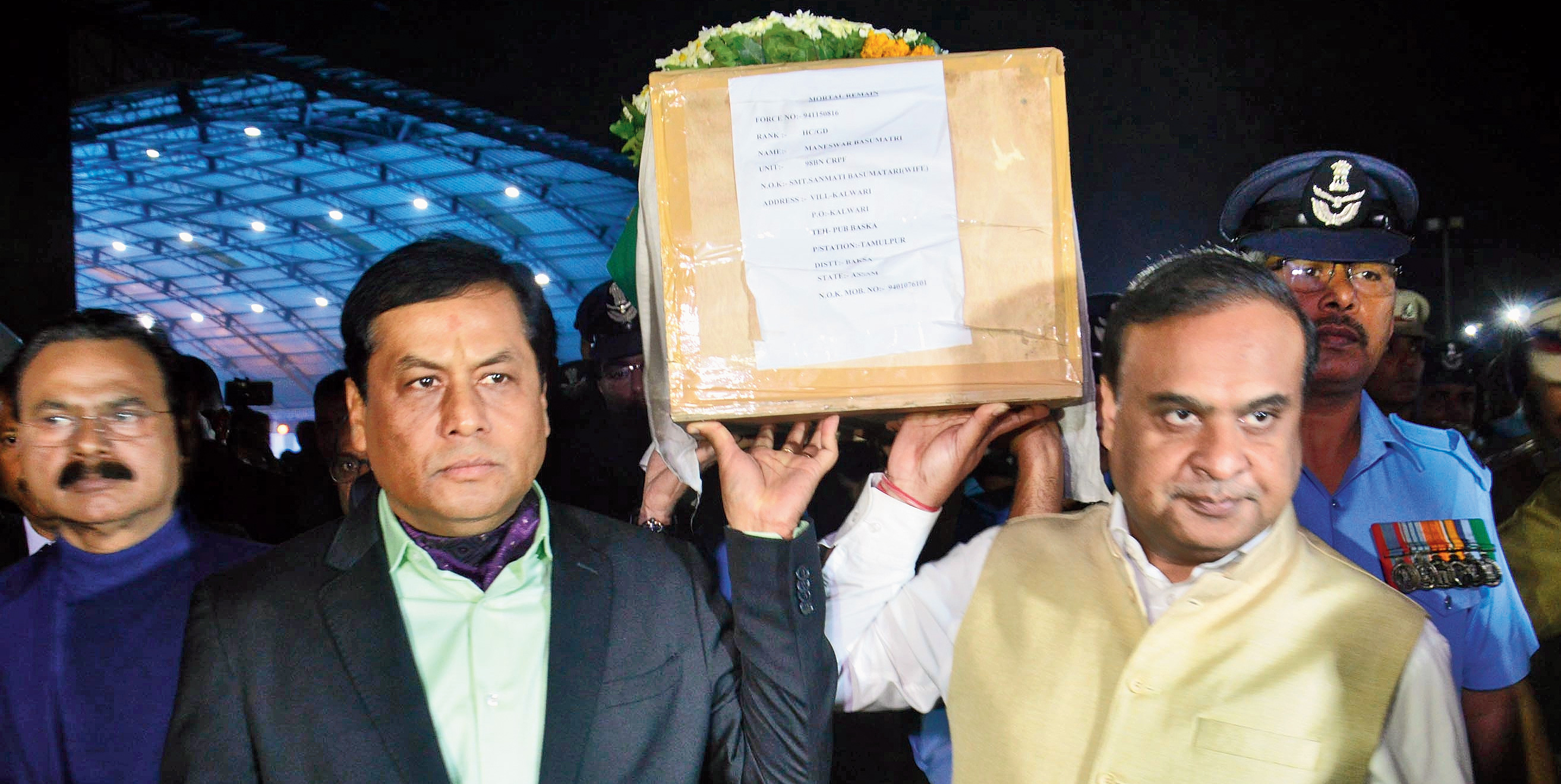 Assam chief minister Sarbananda Sonowal on Saturday led the state in paying homage to CRPF jawan Maneswar Basumatary who was killed in the Pulwama attack along with 39 others on Thursday.

CRPF jawans reversed their rifles while the bugles of the air force band sounded the Last Post in honour of the fallen soldier.

The mortal remains of Basumatary, hailing from Tamulpur in lower Assam’s Baksa district, were brought here by an IAF Dornier-228 aircraft from New Delhi around 6.19pm.

Amid chants of Bharat Mata ki jai, Sonowal and Sarma carried the coffin from the aircraft. “I pray to the Almighty for the eternal peace of the departed soul. The whole nation will fight unitedly against terrorism and to protect the sovereignty of the country,” Sonowal said.

From Borjhar, an Mi-17 helicopter took off at 7.50pm carrying Basumatary’s mortal remains to his native village, Kalbari.

Basumatary’s last rites were performed with full state honours at night. Poignant scenes were witnessed when his mortal remains reached his village. His wife Sanmati, daughter Didwm Shree, son Dhananjay and a large number of people bid a tearful adieu to him. His son lit the funeral pyre at around 9 pm.

Basumatary was given a 21-gun salute by the CRPF. Arrangements for his funeral were carried out by CRPF personnel with the aid of the local administration and villagers.

Earlier, Gogoi told reporters here that the Narendra Modi-led government at the Centre should “use a heavy hand to deal with the terrorists involved in the Pulwama attack”.

“We have not seen the government use a strong hand in dealing with the terrorists. Congress president Rahul Gandhi has welcomed Modi’s announcement of giving a free hand to the army to deal with the situation. Only strong action against the perpetrators will bring peace to the souls of those killed in the attack. We, in Assam, are appalled by the barbarity and want strong action against the Pakistan-sponsored terrorists,” he said.