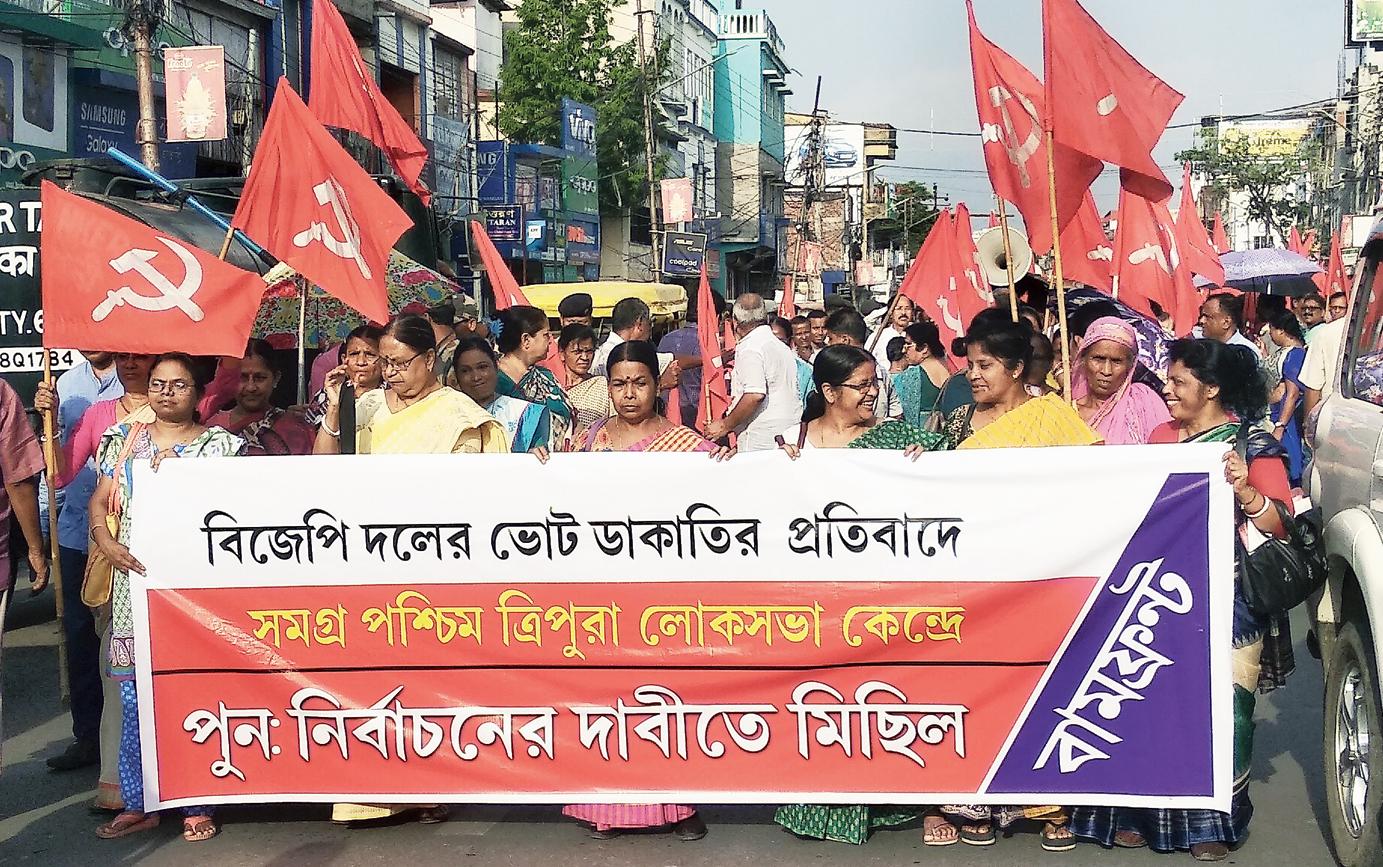 The Opposition Left Front in Tripura took out a rally on Monday and staged a demonstration against alleged “vote dacoity” in the first phase of the Lok Sabha elections on April 11 in Tripura West constituency.

Addressing the rally on Monday, Tripura Left Front convener Bijan Dhar said, “The Election Commission is the guardian of the Constitution. We are taking out rallies, and marches in the Tripura West constituency areas. But this is not our protest and struggle alone. It is a struggle of all peace-loving, democratic citizens whose democratic rights were vitiated.”

He also blamed Tripura’s ruling BJP-Indigenous Peoples Front of Tripura (IPFT) government for disturbing law and order, which led to massive rigging during the poll day on April 11.

The Left Front committee took to the streets in different parts of the state in protest against the alleged violence perpetrated by the BJP and reiterated the demand to hold fresh polls.

The Left parties have also called upon supporters to “corner” political hooligans and build unity among people.

“The Election Commission of India failed to fulfil its promise of holding a free and fair election. It has been 18 days since the polls were held but fresh elections were not ordered,” Dhar said.

The Left Front earlier raised its voice against alleged largescale poll irregularities and violence during the polls on April 11 and demanded fresh elections in Tripura West constituency.

“The ECI is responsible. We want to know what decision the Election Commissioner has taken. They cannot shy away from their liability. Voting is a democratic and personal right. This right doesn’t lie with the people anymore,” Dhar said.