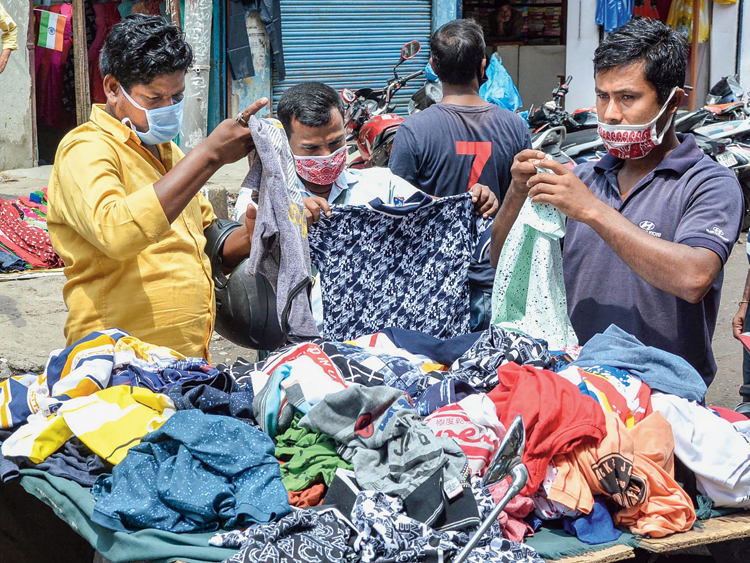 Assam is seeking to “establish leadership role” in the management of the corona crisis in the country.

State health minister Himanta Biswa Sarma said on Sunday night that the corona crisis had provided the state “with an opportunity for us to establish leadership role of Assam in the nation” because it has overtaken Kerala as far as testing is concerned.

His referring to BJP-ruled Assam to Left-ruled Kerala, the second time in a week since May 24, highlights Assam’s achievement in the ongoing fight against coronavirus that has left the world in turmoil — and affected over 1,300 in the state itself.

The southern state has attracted global praise for its management of the corona crisis, so much so that the Madhya Pradesh government had last week adopted the Kerala model to trace, isolate, test and treat the affected.

While elaborating on Assam’s bid to assume leadership role, Sarma said: “Kerala is praised for its testing. It has done maximum number of tests. It was discussed in almost all national media. Kerala was a case study. But nobody thought that a state like Assam can not only pull past Kerala but convincingly do so in testing.”

Continuing the comparison, Sarma said: “Kerala’s infrastructure is known for last 60 years, Assam’s infrastructure is known for three to four years. But today they have completed roughly 70,000 tests although they were testing since March. We did 1 lakh tests in in May. I don’t know the circumstances but with equal number of patients, we have overtaken Kerala and convincingly. And it will be difficult to catch up with us because we are ramping up further. We will be definitely doing 2 lakh test by June 15. We are ahead of many states.”

The first time Sarma compared Assam to Kerala was on May 24. He had tweeted: “In a strong testimony to excellent team work and our steely resolve to do the best in a crisis like Covid-19, I am humbled to share that Assam has carried out 55,862 tests so far. This is higher than Kerala’s (52771), a state known for its healthcare excellence.”

Assam’s capacity to respond to the unfolding situation has manifold even though they started in March, he said, adding the number of testing labs has gone up to eight from one in March and will reach 12 by next week.

“We have placed over 2.25 lakh people in quarantine. Most of our cases are imported but there is no community transmission. We have through community surveillance checked 29,771 villages but found no positive case. We started by treating Covid patients in our medical colleges in March but today we treat them in all district civil hospitals and now we will treat them in model hospitals at the block level. Today, we have

Disclosing the way forward, he said by June 10 they will try to reduce the number of days in institutional quarantine to four days from seven days. “They will be allowed to go if they test negative. This will save us money and open up more space. However, they will have to do the 10-day mandatory quarantine at home,” he said.