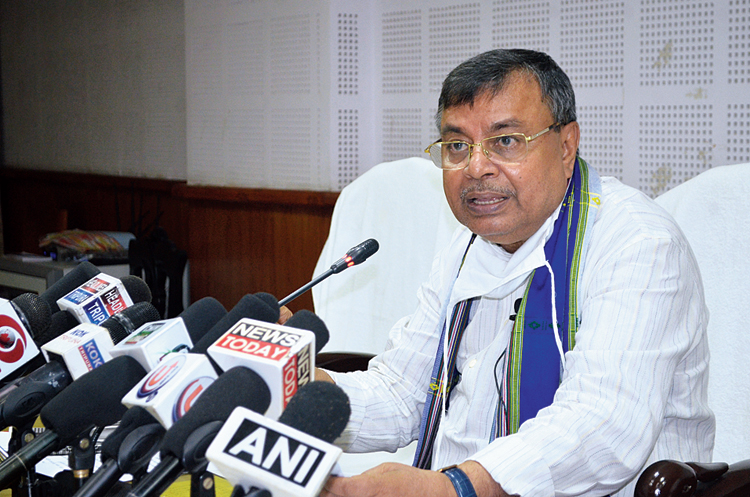 The BJP-led Tripura government has distributed 26.88 lakh textbooks in different schools to ensure smooth resumption of class work in all government and government-aided schools after the lockdown.

Speaking to reporters here, the state’s education minister, Ratan Lal Nath, said, “The school will start from June 1. However, the class will resume on June 15 so we are working to make sure all textbooks are delivered to all schools well before classes begin. Few textbooks are yet to be delivered as the situation is not good due to the spread of novel coronavirus. Our education department is working hard and soon the remaining books will be distributed in all the schools.”

Earlier this month, Nath said his government was contemplating restarting its schools from June 1 and to resume classes from June 15.

He also said before the resumption of the classes, all schools would be properly sanitised, safe drinking water supply would be ensured and results of all classes announced before students return to their classrooms.

On the preparation of books distribution, Nath said that they have distributed textbooks in different schools till the elementary level and 1.51 lakh textbooks were also distributed for the students of class XI.

“Textbooks of eight out of nine subjects of class X and textbooks for 15 out of 29 subjects, including the additional and optional subjects in class XII,

have arrived but are yet to be distributed through the inspector of schools (IS) offices or headmasters,” Nath told reporters.

Tripura currently has 4,398 government and government-aided schools apart from 335 private schools, where an estimated five lakh students are estimated.