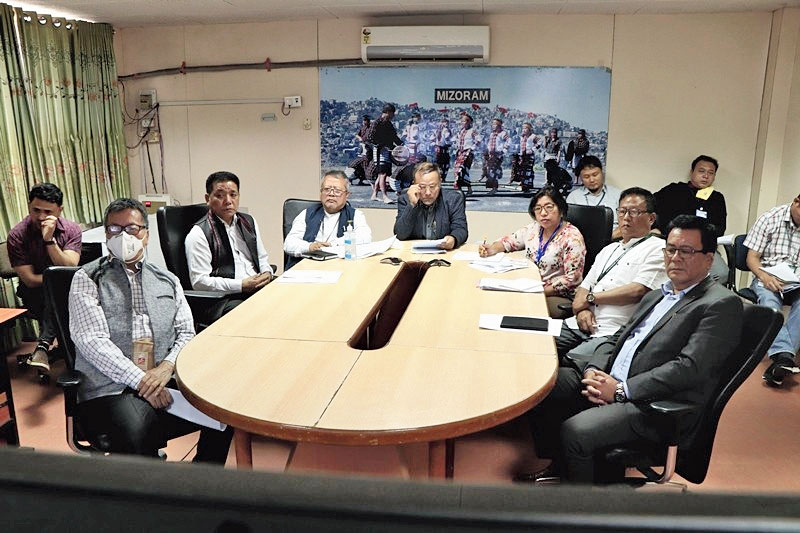 During a video conference on Wednesday, Lalrinsanga informed Union agriculture and farmers’ welfare minister Narendra Singh Tomar that oil palm growers in the state have incurred a loss to the tune of Rs 25-Rs 30 lakh because of absence of market, an official statement here on Thursday said.

He said the farmers could not sell their produce because the shutting down of Godrej Agrovet Pvt Ltd mill, which used to purchase oil palm from Mizoram, the statement said.

The private mill was closed because of the ongoing lockdown.

He asked the Union minister to approve minimum support price for oil palm growers, which was proposed by the state government in September.

Lalrinsanga said growers of other cash crops like ginger, turmeric and sugarcane are also facing hardship as they could not harvest their produce because of absence of labourers.

The video conference, which was attended by agriculture and food and civil supplies ministers of all the states.

The minister also said externally-aided projects like FOCUS, funded by International Fund for Agricultural Development (IFAD) and Global Environment Facility (GEF) funded by the United Nations’ Food and Agriculture Organisation (FAO) could not commence because of the lockdown.

Lalrinsanga also informed the meeting that farmers were allowed to sow seeds in their jhum lands till March 30.

Among others, he also pointed out about the launch of farmers’ helpline and implementation of vegetable supply chain during the lockdown.

The Mizoram government on Thursday launched two more task groups — one on media and publicity and another on documentation — in the wake of the outbreak of novel coronavirus.

Headed by information and public information secretary Sangdingliana, the task group on media and publicity will work on collection and compilation of official statement and news related to Covid-19. It will also prepare daily bulletin on Covid-19.