Advertisement
Home / North-east / Citizen bill will be back if we win: Amit Shah

Citizen bill will be back if we win: Amit Shah 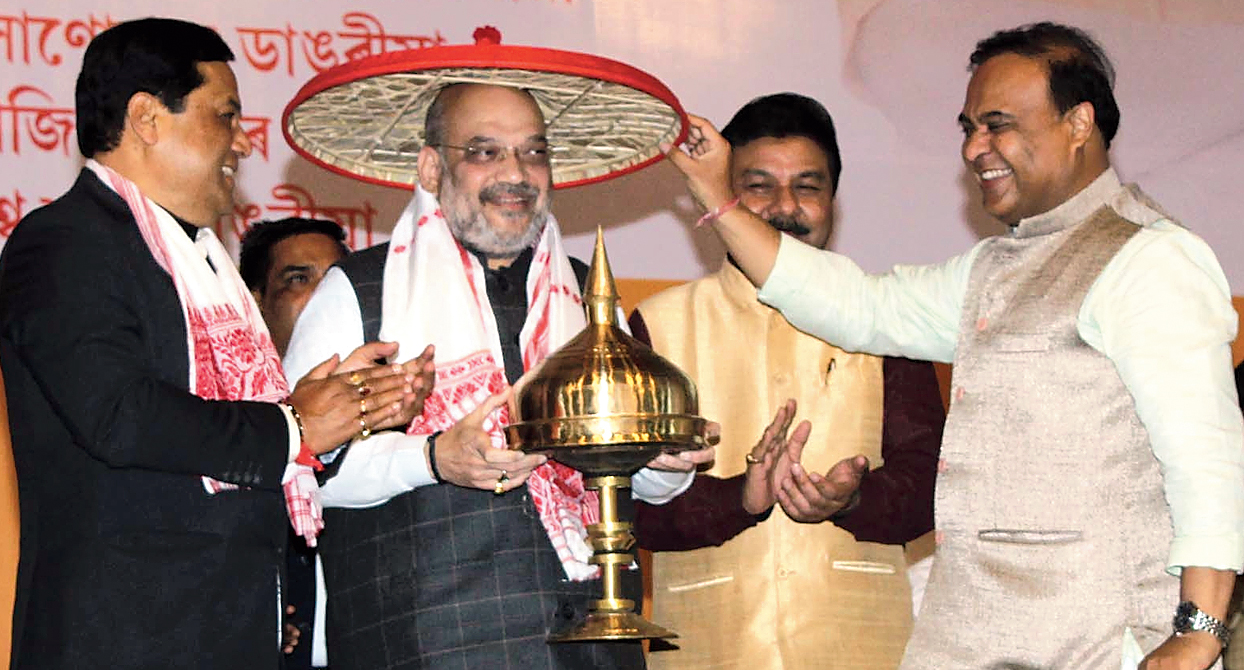 BJP president Amit Shah on Sunday said his party would table the Citizenship (Amendment) Bill, 2019 in Parliament afresh if they returned to power at the Centre.

He said it would be mentioned in the party’s manifesto for the general elections that the bill was their national commitment and the party would fulfil it. Shah blamed the Opposition parties for not being able to pass the bill in the Rajya Sabha.

“The bill could not be passed in the Rajya Sabha because the Opposition parties did not support it and we do not have majority in the Upper House,” he said while addressing the party workers here.

The bill provides for according Indian citizenship to illegal migrants from Afghanistan, Pakistan and Bangladesh who belong to six religious minorities — Hindus, Jains, Buddhists, Sikhs, Parsis and Christians after six years of residence in India, instead of 11 years.

It was passed in the Lok Sabha on January 8.

The government, however, refrained from introducing the bill in the Rajya Sabha after it failed to evolve a consensus among all political parties. The bill is facing stiff opposition in the Northeast as it is feared that it will pave the way for largescale illegal influx from Bangladesh, thereby reducing the indigenous people of the region to a minority in their own land.

According to him, misinformation was being spread about the bill that is needed for development and prosperity of the state and the region.

“The bill is required to protect the identity of Assam and prevent demographic change in the state,” he said.

He said the bill was for the entire country and not only for Assam. The state alone will not have take to take the burden of the migrants, he added.

Shah laid the foundation stone of a nine-storey office building of the party’s state unit near Basistha Chariali here.

Earlier, addressing a Yuva Maha Samabesh of the Bharatiya Janata Yuva Morcha at Lakhimpur in Upper Assam, Shah said the Pulwama attack was carried out by Pakistan-backed terrorists, who would not be spared at any cost. “We will not allow Assam to become another Kashmir. That is why we are updating the NRC. We will push back each and every infiltrator with the help of NRC. We are committed to that.”

Shah accused the Congress and the AGP of doing nothing to implement the Assam Accord despite being in power for most of the period since signing of the accord in 1985.

“Our government has formed a committee to implement the Clause 6 of the Assam Accord and if Narendra Modi becomes Prime Minister again, he will implement Clause 6,” the BJP president said.

He said unlike the Congress, which is a family-run party, internal democracy is inherent in the BJP.

Citing his own example, Shah recalled how he rose to become the party’s national president from an ordinary booth worker.