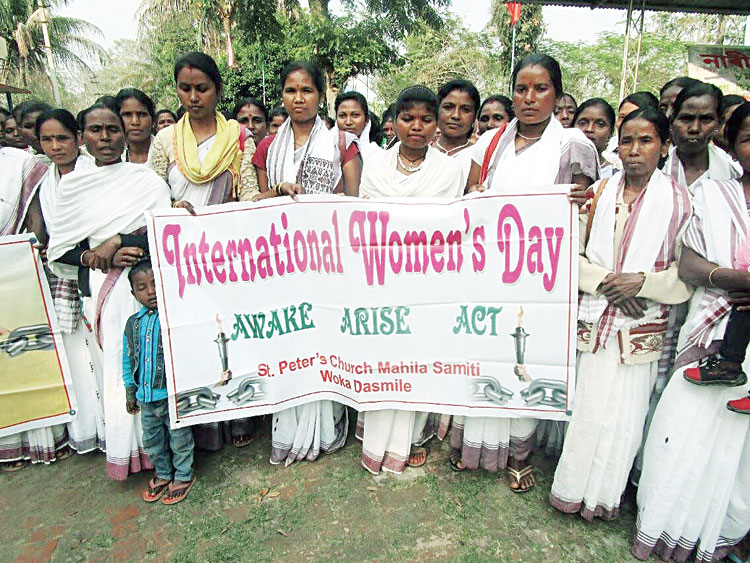 A church near the Woka tea estate in Golaghat district affected in the recent hooch tragedy used International Women’s Day to stage a play — Liquor Kills — to create awareness among the women to help prevent the menace.

St Peter’s Church at Woka Dasmile had organised the day at the church in which 479 women cutting across religious lines participated.

Apart from taking out a rally to mark the day, two plays — Save girls and teach girls and Liquor Kills — staged by 18 MSW students of Bosco Institute in neighbouring Jorhat district, about 55km from Woka.

Father Caesar Henry told The Telegraph that the plays were staged because women were also victims of the tragedy and they should be involved in the anti-liquor drive through education and awareness.

The participants were from tea gardens within an 18km radius, he said.

The play focused on the ill-effects of liquor, that it is bad and it destroys families and society and that many women become widows and children become orphans, the Father said.

Targeting the women was not without reason either.

Two of the eight victims in Woka tea estate were women.

Through the street play, the organisers tried to send across the message that women in every village have to be involved in the ban on sale and consumption of liquor.