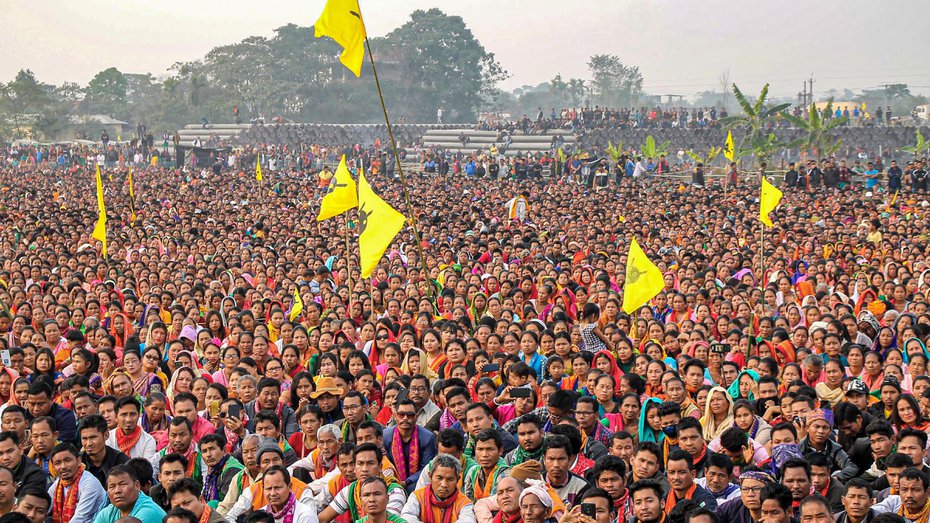 The Bodoland Territorial Council (BTC) came under governor’s rule on Monday evening, the day its five-year term expired. The move is seen as a setback for the ruling Bodoland People’s Front (BPF), which had sought an extension or holding of immediate polls.

Notifications declaring governor’s rule and appointment of Prasad and Singh were issued by the department of welfare of plains tribes and backward classes, a Raj Bhavan release said, adding that governor Jagdish Mukhi had assumed the BTC administration with immediate effect in public interest in exercise of powers vested in him under paragraph 16 (2) of the Sixth Schedule.

The release also said that the state Election Commission had “expressed its inability” to conduct the BTC polls as scheduled because of the lockdown, which needs adherence to social distancing and other restrictions in view of Covid-19.

The BTC polls were scheduled for April 4 but were deferred indefinitely on March 20 following the outbreak of the Covid-19 pandemic. This is the first time that the BTC will experience governor’s rule since its inception in 2003.

The Pramod Boro-led United People’s Party Liberal, which had opposed any extension and had sought governor’s rule, said it was a wise decision. The ruling BJP, an ally of the BPF at Dispur, Opposition Congress and Kokrajhar MP Naba Kumar Sarania, who heads the Gana Suraksha Party, had also sought governor’s rule. Dipen Boro, president of the All Bodo Students’ Union, hailed the decision.

The BPF was unhappy at the turn of events, as evident from Rajya Sabha MP and senior BPF leader Biswajit Daimary’s reaction. He posted on Facebook that the governor had overruled the state government’s proposal to extend the BPF’s tenure though Clause 6A (2) of Sixth Schedule provides for extension and para 20BA says a governor can’t overrule the government’s proposal. He said it was a “violation” of the Constitution and “a very bad precedence for near future”.

According to the Sixth Schedule, the recommendation of the council of ministers is not binding on the governor. “If the governor does not want to take a decision, he may refer the case to the President for his assent,” a senior bureaucrat told The Telegraph.

Before the decision was announced, a meeting of the council of ministers, chaired by chief minister Sarbananda Sonowal during the day, resolved to work out an “innovative way” to conduct BTC polls and take up the issue with the state Election Commission.

A section of officials heaved a sigh of relief because they are grappling with an unprecedented crisis triggered by Covid-19. “Holding of polls now will have been a health and logistical nightmare,” one of them said.