Bru Revolutionary Army of Union, a militant group active in Barak Valley, today said it would eschew violence if the government ensures development in tribal belts. 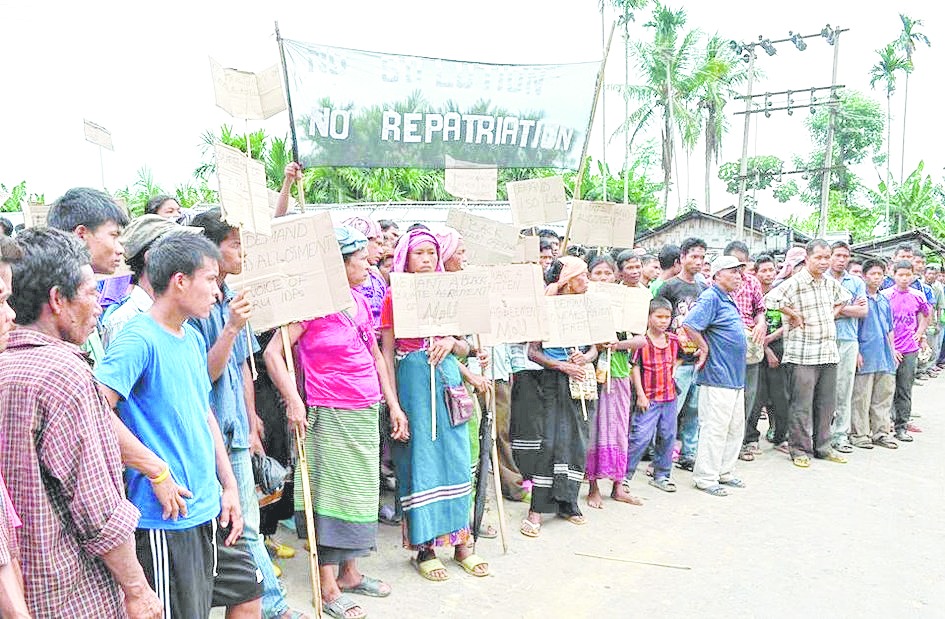 In a letter released to The Telegraph via a mail, Rajesh Chorkhy, president of the outfit, said it choose the path of violence to highlight the lack of development and apathy. "Reang people are not born to commit crime, taking weapons like AK-47s and M-16s in their hands instead of pen and books. As human beings, we also have the desire to live like the people of other communities. But we are unfortunate that we were treated like animals, being deprived of all rights," he added.

The outfit had recently kidnapped Mono Singh, a forest officer in Hailakandi district, but released him after a few days. "Providing land deeds to the tribal community people has been pending for the past six years and therefore with a view to raise our voice, we had to take such step. I apologise to Singh," Chorkhy added. He thanked chief minister Sarbanada Sonowal for giving priority to their demand.

"There was no one to listen to our cries and it was one of the main reasons behind taking up arms for the sake of the Reang community," he said.

The outfit hoped that the new government in Assam would work for the development of tribal areas. "The tribal villages are not connected with roadways, electricity and drinking water facility even after 69 years of Independence," he added.

Chorkhy in his letter mentioned that government jobs should be given to tribal people for their uplift. He alleged that there were many Anganwadi teachers deployed in tribal areas who got a salary without going to schools. "Nutritional food items for the children were never distributed," he added.

The outfit urged the district administration to take steps to bring development to the tribal areas, rooting out corruption and anomalies.