The 1kg remotely timed IED, triggered by the outlawed Hynniewtrep National Liberation Council, went off at around 1:30 pm behind a busy market area in Laitumkhrah 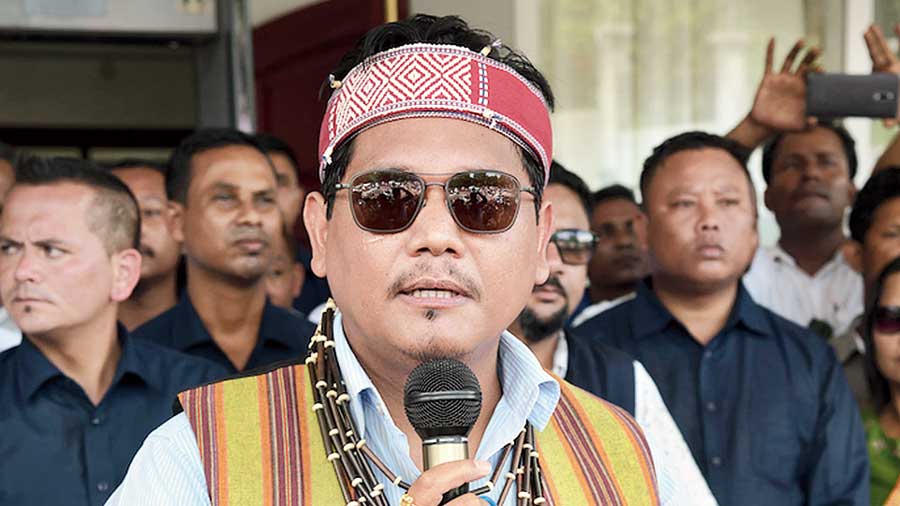 Meghalaya Chief Minister Conrad K Sangma on Tuesday condemned the improvised bomb attack by an outlawed organisation behind a busy market area in the state capital here injuring two persons including a woman.

The 1kg remotely timed improvised explosive device (IED), triggered by the outlawed Hynniewtrep National Liberation Council (HNLC), went off at around 1:30 pm behind a busy market area in Laitumkhrah injuring a shopkeeper and a passer-by.

The Police have registered a case and investigation is currently on to nab those involved in carrying out the blast.

"Strongly condemn the IED blast reported in Laitumkhrah earlier this afternoon that has injured two citizens. Home Minister, @LahkmenR & officials of @MeghalayaPolice have apprised me on the matter and further investigation is being carried out," Sangma posted on his social media handles including Twitter.

Local MLA Ampareen Lyngdoh also condemned the incident. "I condemn this terrible act of violence which has injured two civilians in the heart of Shillong. The use of violence can never be justified and @MeghalayaPolice must investigate the incident & arrest those who are responsible for this," she said.

Once a dreaded armed group in Meghalaya and active in the Khasi-Jaintia Hills region, the organisation which is reputed to have a base camp in Bangladesh, was banned as an 'unlawful organisation' by the Ministry of Home Affairs in 2019 on grounds that "the outfit is yet to abjure violence".

The HNLC, a breakaway faction of the earlier Hynniewtrep Achik Liberation Council (1993) primarily operates in the Khasi-Jaintia Hills region, and has carried out a number of attacks in the past. It claims it wishes to free people from alleged domination by outsiders .

Although tripartite peace negotiation is ongoing with the rebel outfit, the Meghalaya government has maintained that the outfit has to abstain from violence if it wants to negotiate peace.