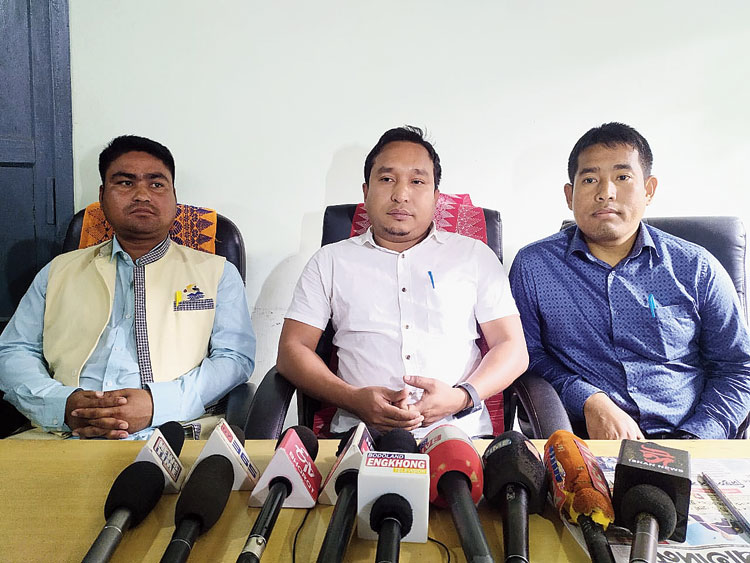 The Bodoland Students’ Union (BSU) and Peoples’ Joint Action Committee for Boroland Movement (PJACBM) demanded early release of the founder chairman of the National Democratic Front of Boroland (NDFB), Ranjan Daimari, on the grounds that he was a key signatory to the Bodo pact signed between Bodo stakeholders and the Centre in New Delhi on January 27.

The BSU is the students’ wing of the ruling Bodoland Peoples’ Front (BPF).

The PJACBM is a rights group.

During a news conference at Tengapara in Kokrajhar district on Monday, BSU president Swgwmsar Basumatary and secretary Banjit Manjal Basumatary and the president of the Kokrajhar chapter of the PJACBM, Martin Basumatary, appealed to the Union and state governments to immediately release Daimari on bail to bring about permanent peace and tranquility in the Bodo belt.

BSU president Swgwmsar Basumatary said, “Ranjan Daimari is one of the key signatories to the accord. He must be granted bail to work for the cause of the people and for supervision of the implementation of the clauses of the pact.”

He alleged that the pact was signed in a hurry and held the All Bodo Students’ Union (Absu), another signatory, responsible.

Daimari, sentenced to life imprisonment for the serial bomb blasts in Assam in 2008, was released on interim bail for four weeks

from Guwahati Central Jail and taken to New Delhi for participation in the Bodo peace talks with the Centre and was recently sent back to prison.