Bembem Devi, who hails from Manipur, is the highest-capped Indian woman footballer 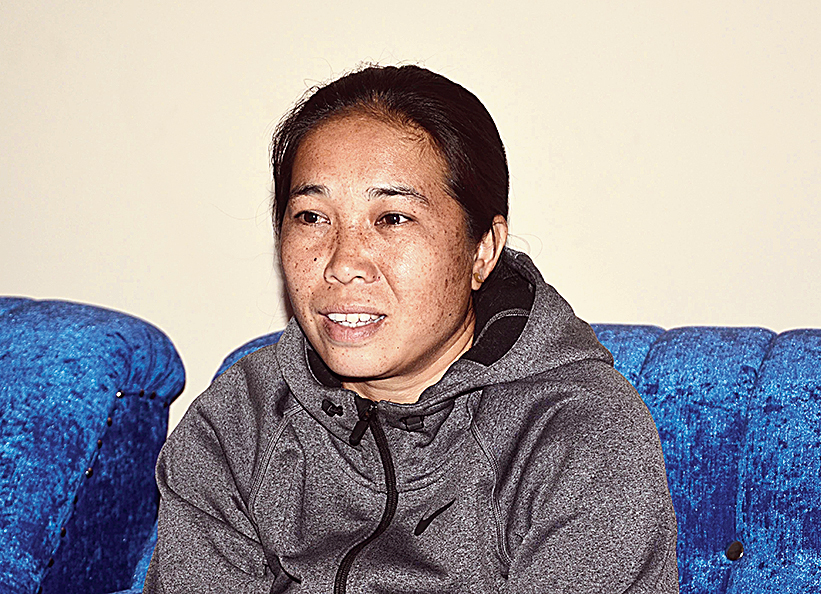 Oinam Bembem Devi, known as the Durga of Indian Football, who became the first woman football player in India to have been named for the Padma Shri awards, said this recognition will help bridge the gap between men and women’s football.

Bembem Devi, who hails from Manipur, is the highest-capped Indian woman footballer.

“It’s a great thing for women’s football. For any sportsperson to get these civilian awards is a special experience. I think this is recognition of my 21 years in Indian football. So, I feel special. I think this award will inspire youngsters to play the game more dedicatedly. Many didn’t even know who I was but this recognition will help the players understand that women footballers are also important. This way the gap will be bridged,” Bembem Devi told The Telegraph.

“I try my best to contribute towards improving the game in India. I would like to thank the government of India, AIFF, Manipur association and everyone who has helped me in my journey,” she added.

Making her national team debut at the age of 15 in 1995, Bembem Devi donned the national colours until 2016.

She is also a two-time AIFF Women’s Player of the Year (2001, 2013). A flag-bearer of Indian women’s football for over two decades, Bembem Devi was also conferred the Arjuna award in 2017.

Bembem Devi felt besides these recognitions, there should be competitive leagues in every state so that women’s football can leap forward.

“The recognitions do help but we also need to keep playing competitive games. Apart from the Indian Women’s League (IWL), there should be leagues for women’s football in every state. There should be an environment for competitive football among women at the state and district levels,” she said.

She said with football heading in the right direction, she wants the new generation to represent the country in the football World Cup.

“Our senior team has been playing very well for the past two years. They are playing against higher ranking teams and doing well. Our ranking is also improving. I would like to tell the young girls that they can do what I couldn’t do (represent India in World Cup). I will be very happy to see them play at the highest level,” Bembem Devi added.