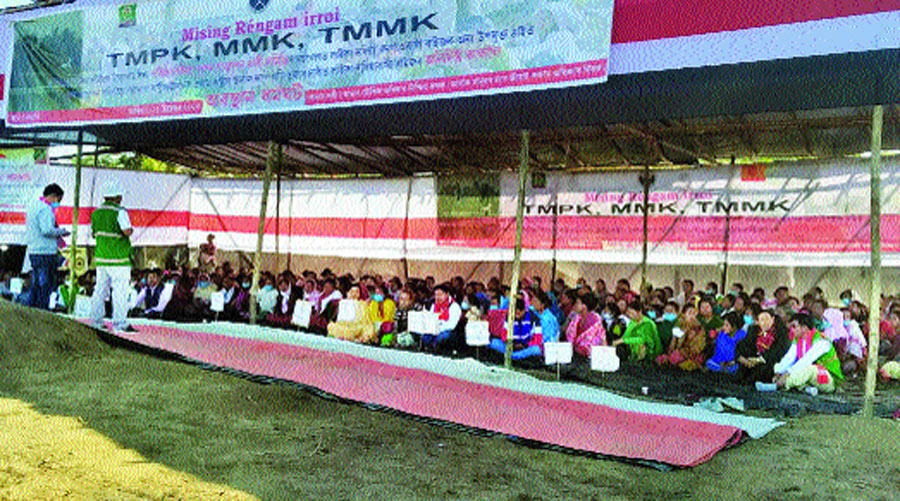 The death of 24-year-old Kusmita Morang on Friday has only steeled the resolve of villagers from Laika in Tinsukia district of Assam and Dodhia in adjoining Dibrugarh district who are protesting and living in makeshift camps near the Tinsukia deputy commissioner’s office since December 22 last year seeking permanent rehabilitation.

Kusmita, one of the protesters, who suffered a miscarriage on Wednesday, passed away on Friday.

Two protesters have died so far while another was shifted to Dibrugarh Medical College and Hospital on Friday. There are 14 others, including children, who are unwell, said a representative of the protesters, most suffering from cold and fever.

Around 1,480 families from three villages under Laika and four from Dodhia have been affected after the forest reserves under which they fall were converted into the Dibru-Saikhowa National Park in 1999. They were settled by the state government in these villages, dominated by the Mising community, after the massive 1950 earthquake. Now they cannot build anything “permanent” because they live in a national park. Government schemes too have “stopped” reaching the villages because of strict environmental laws.

Their rehabilitation has been hampered because of alleged dilly-dallying by the government. The affected people said that the forest department should have rehabilitated them before declaring Dibru-Saikhowa a national park.

Many have started comparing the protest in Tinsukia with the farmers’ protest against the three farm laws as far as resolve and intensity are concerned, reflected in the reaction to the deaths.

“We have already lost two of our own. They were part of the protest. We are not going anywhere till we are properly rehabilitated. We have nowhere to go. We cannot return to our villages because we have no future. We also understand the importance of a national park,” said Mintu Morang, chief convener of the Laika-Dodhia Rehabilitation Committee 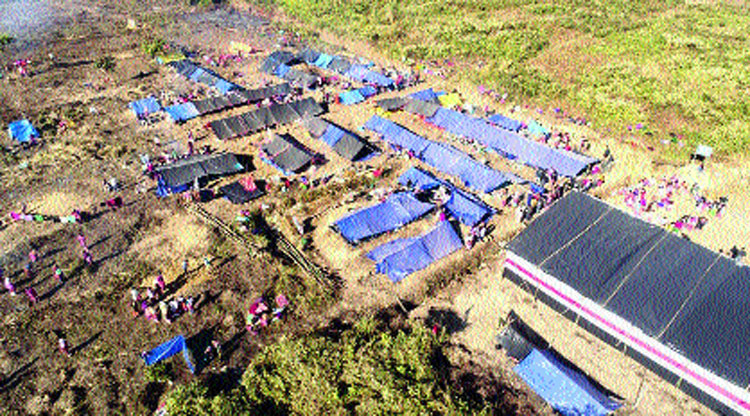 Drone shots of the protest site near Tinsukia DC’s office 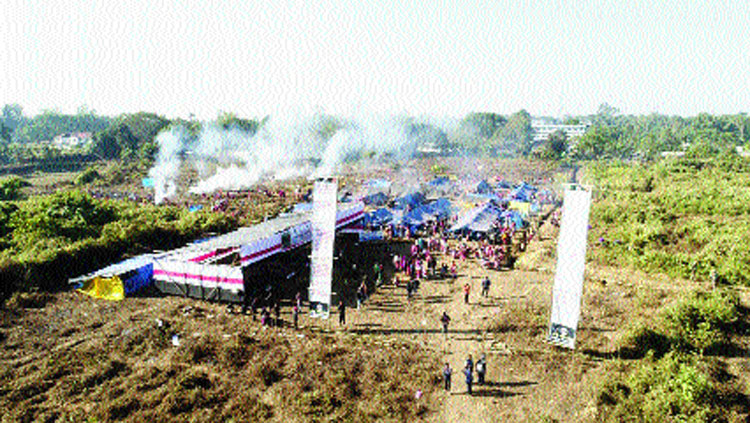 He further said: “If we have to die protesting, so be it. We have made this clear to the administration. Our fight for rehabilitation started 21 years ago. We will continue for some more. For us, it is now or never.”

Rebati Pao, the first protester who died on December 30 last year, was in her fifties, he said.

The protesters are staying put in the cold despite chief minister Sarbananda Sonowal, after a meeting with representatives of the seven villages falling under the Dibru-Saikhowa National Park, directing the forest department to “permanently rehabilitate” the affected families by January 31.

The number of protesters has come down from around 3,000 to 1,200 because of the rotation system employed by the villagers so that they can continue the agitation for a longer duration. Their villages are 22km away from the protest site.

The camps are being run by donation from well-wishers and local organisations. The district administration too is extending help after the talks with the chief minister.

The protesters are also firm in their resolve because twice in the past, in July 2017 and in December 2019, their rehabilitation was allegedly scuttled at the last moment.

Morung said the survey ordered by the chief minister to find suitable plots for their rehabilitation is over but they had reservations about the plots in Lakhimpur because the area is flood-prone.