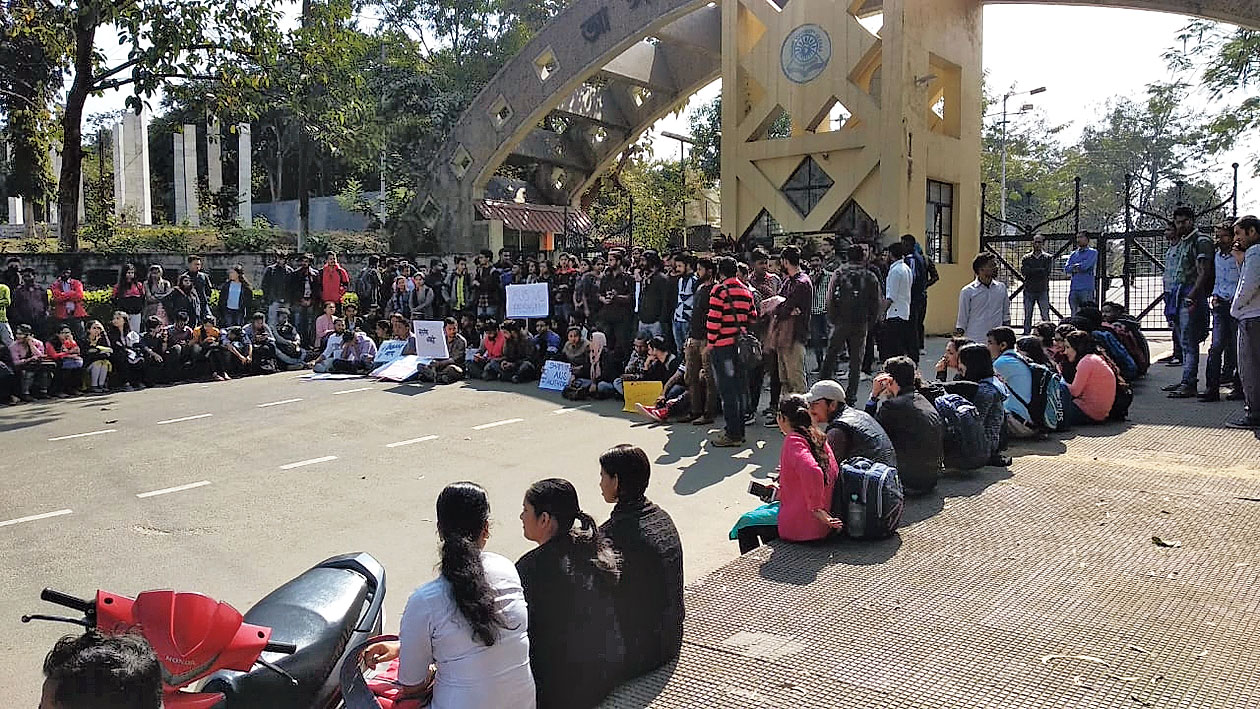 Assam University authorities have suspended all classes till Saturday after its students’ union resorted to an indefinite strike on the campus from February 10 demanding resignation of the vice-chancellor and withdrawal of the rustication order of research scholar Milan Das.

The university is around 20km from Silchar, district headquarters of Cachar district.

Assam University Students Union president Biswarup Bhattacharjee said on Thursday that they resorted to an indefinite strike on Monday but it became a hunger strike from Wednesday. He alleged that the authorities are trying to sabotage its movement and stopped regular bus services from the varsity. Medical services have also been stopped, he said.

Registrar P.K. Nath said they had suspended classes till Saturday and the matter would be reviewed on Monday. He said regular functioning of the university was seriously hampered owing to the strike. “We have extended our hands towards the students for an amicable solution but the students want only withdrawal of rustication order of Das,” he added.

Das, a research scholar of ecology and environment sciences, was rusticated on February 8 for two years for his alleged unlawful activities and his entry in the university banned. An FIR was also registered in Silchar police station against Das by the university authorities.

Das was not available for comment but other student leaders claimed the charges levelled against him are false and fabricated.

The registrar confirmed that Das was rusticated on the basis of documentary evidence.

He said the next convocation is scheduled for March 1, where about 3,500 students will get degrees, but the preparations have been severely hampered owing to the strike. University officials are holding meetings outside the campus, he added.