Singye, written and directed by Sonam Dorji, was released on October 26 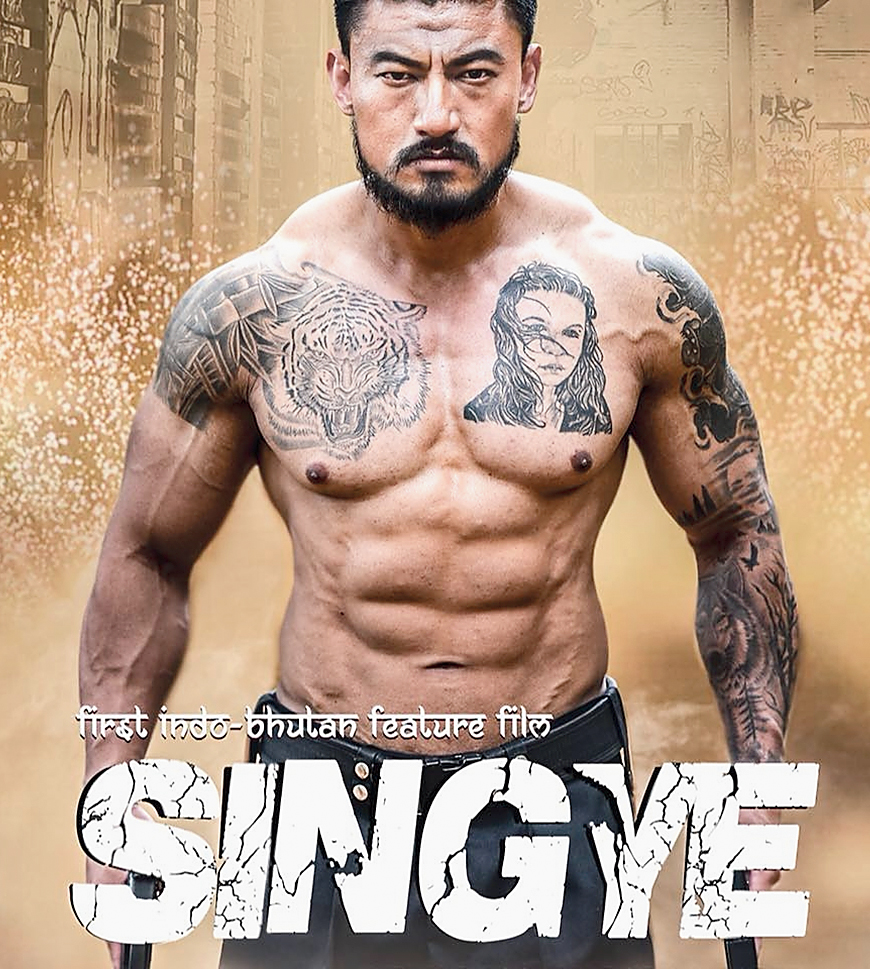 The first Indo-Bhutan joint venture feature film, Singye (The Lion), which has an Assamese co-producer and director of photography, has opened to a good response in selected theatres in the Himalayan kingdom.

Biplab J. Doley, whose Guwahati-based Strawberry Magic Production, co-produced the film with Project Bhutan Entertainment, said youngsters are watching it wholeheartedly owing to its technical superiority than other Bhutanese films and as it deals with the contemporary issue of drug abuse. He is also the director of photography.

“The audience is loving it. They loved the fact the film is not only about romance or drama but also deals with drug abuse, which has become a problem in Bhutan. Critics are loving it too. It’s technically better than other Bhutanese films. We are yet to get the box-office figures,” said Doley.

Singye, written and directed by Sonam Dorji, was released on October 26. It is the first Indo-Bhutan film collaboration, with production teams and actors from both countries, who have worked together to broaden cultural and social exchanges. Apart from Doley, art director Priyanku Baruah and assistant cameraman Minakshi Bhagawati from Assam, were involved in the making of Singye.

Bhutanese films are slowly receiving good response from the audience in the past few years. Being a tax-free country, a producer can expect 90 per cent returns.