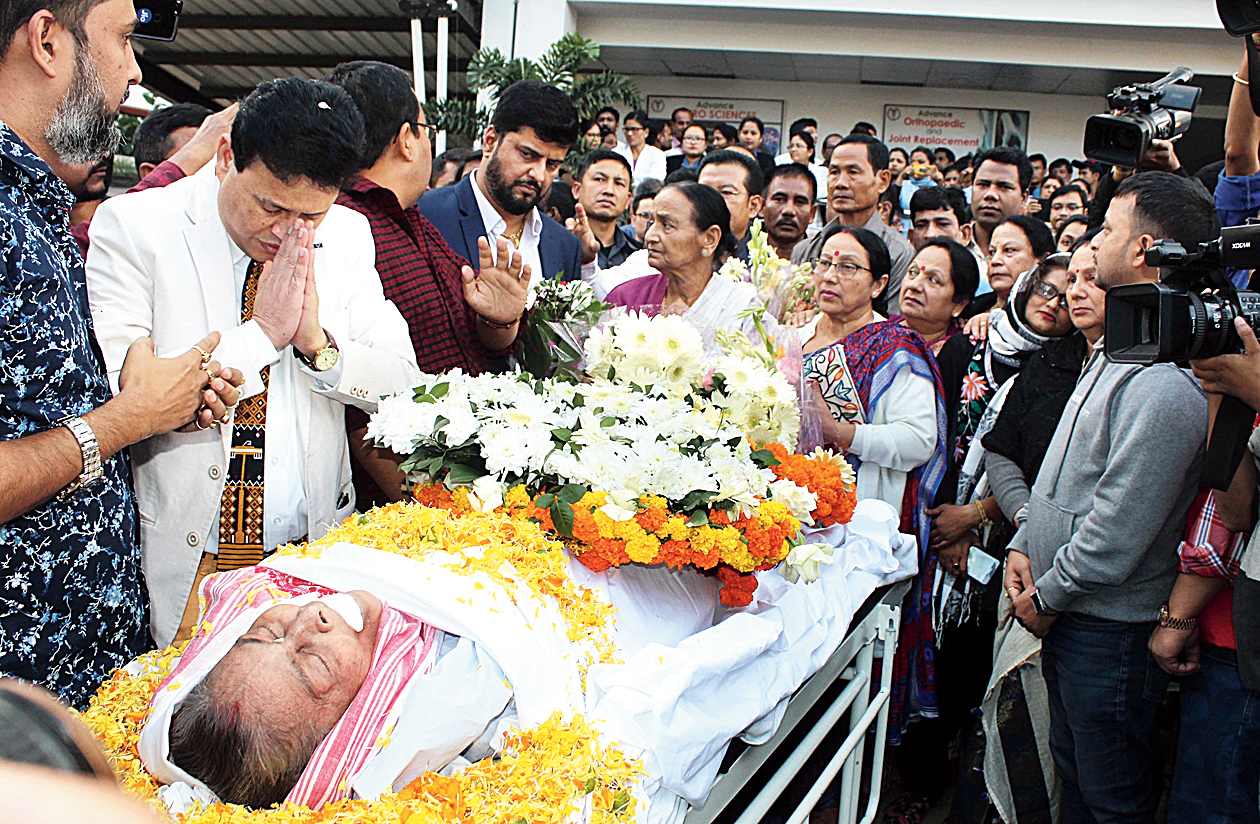 Dipali Borthakur, known as the “Nightingale of Assam,” breathed her last at a private hospital here on Friday. She was 77 and is survived by her painter husband Neel Pawan Barua.

“She was hospitalised on Saturday with respiratory tract infections and breathing distress. We immediately shifted her to the ICU but her condition continued to deteriorate. She breathed her last at 1.25pm,” Hitesh Baruah, managing director Nemcare Hospital, said.

A Padma Shri, many fans fondly called Borthakur “Asomiya Lata Mangeskar.” With evergreen songs like Xonor kharu nelage mok, Konman boroxire sip, Dale dale gai kuli bulbuli and Kun xei rupowoti jai, among others, she made a place for herself in the hearts of lakhs of people. She was honoured with The Axom Srestho by The Telegraph, Xilipi Bota and Aideu Handique Xilpi Award among others.

Borthakur was born in 1941 in Sivasagar. She entered the world of melody when she was still in school, in 1955 at All India Radio. At the age of 15 she earned the best singer award in a competition conducted by Sangeet Natak Akademi at Dibrugarh.

But the promising voice was halted in 1968 while recording for a song in a studio. She was detected with a rare motor neuron disorder. Though she was taken to several places for treatment, it turned futile and she was left wheelchair-bound.

Prime Minister Narendra Modi was among those who mourned her death. “With the passing away of Dipali Barthakur Ji, we have lost an outstanding singer who made Assamese music and culture even more popular across India and the world. Her melodious songs will continue to enthral generations to come. Condolences to her family and countless admirers,” tweeted Modi.

Assam governor Jagdish Mukhi and chief minister Sarbananda Sonowal, along with thousands of fans, have condoled her demise. In his condolence message, Mukhi said, “She was an asset and her death is an irreparable loss for the society”.

Sonowal said, “Dipali Borthakur enriched Assamese culture through her invaluable contributions. Her scintillating voice enthralled generations of music lovers and her death is an irreparable loss to the society. I’m deeply saddened by her demise and pray for eternal peace of the departed soul”.