According to ASDMA report, four people drown in Kampur revenue circle of Nagaon 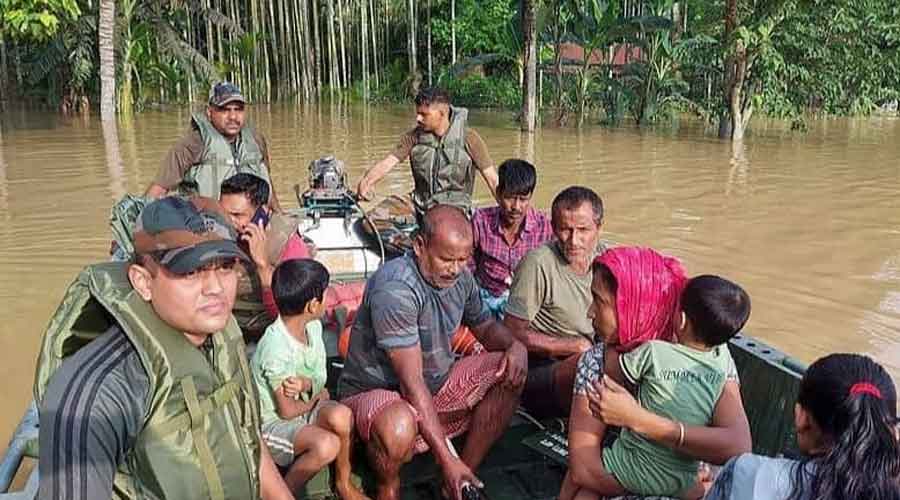 The flood situation in Assam deteriorated on Sunday with six more persons, including two children, losing their lives and nearly 7.2 lakh people coming under the impact of the deluge across 22 districts.

According to the daily flood report of the Assam State Disaster Management Authority (ASDMA), four persons drowned in Kampur revenue circle of Nagaon district. One person at Doboka in Hojai district and a child at Silchar in Cachar district, too, died because of the flood, it said.

The death toll due to the flood and landslides this year has now gone up to 24 across Assam.