Assam alert: Don’t let your future go up in smoke

Tobacco use has spiralled in Assam 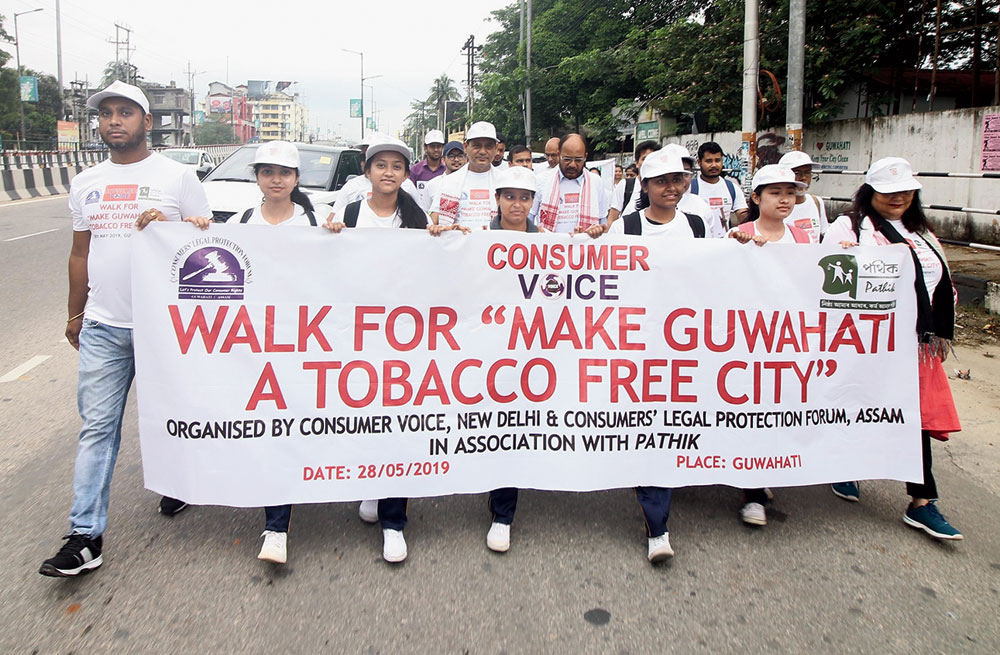 Students participate in a walkathon to observe World No Tobacco Day in Guwahati on Tuesday
Picture by UB Photos
Ali Fauz Hassan   |   Guwahati   |   Published 29.05.19, 12:36 AM

Contrary to the countrywide trend, tobacco use has spiralled in Assam, sending alarm bells ringing among health workers.

With World No Tobacco Day on May 31, the state tobacco control cell and district tobacco control cell, Kamrup (Metro), on Tuesday announced a campaign to raise awareness on the dangers of tobacco use, in line with this year’s focus on Tobacco and Lung Health.

World No Tobacco Day is observed by the World Health Organisation on May 31 every year to raise awareness on tobacco’s dangers.

Friday’s campaign will raise awareness on the risks of smoking tobacco and second-hand smoke, its dangers for lung health, the magnitude of death and illness globally from lung diseases caused by tobacco, including chronic respiratory diseases and lung cancer, link between tobacco and tuberculosis deaths, importance of lung health in achieving overall health and well-being, and steps the public and government can take to reduce risks to lung health posed by tobacco.

The walkathon aimed at creating awareness on effective tobacco-control measures to protect the youth from tobacco menace and make the city tobacco-free.