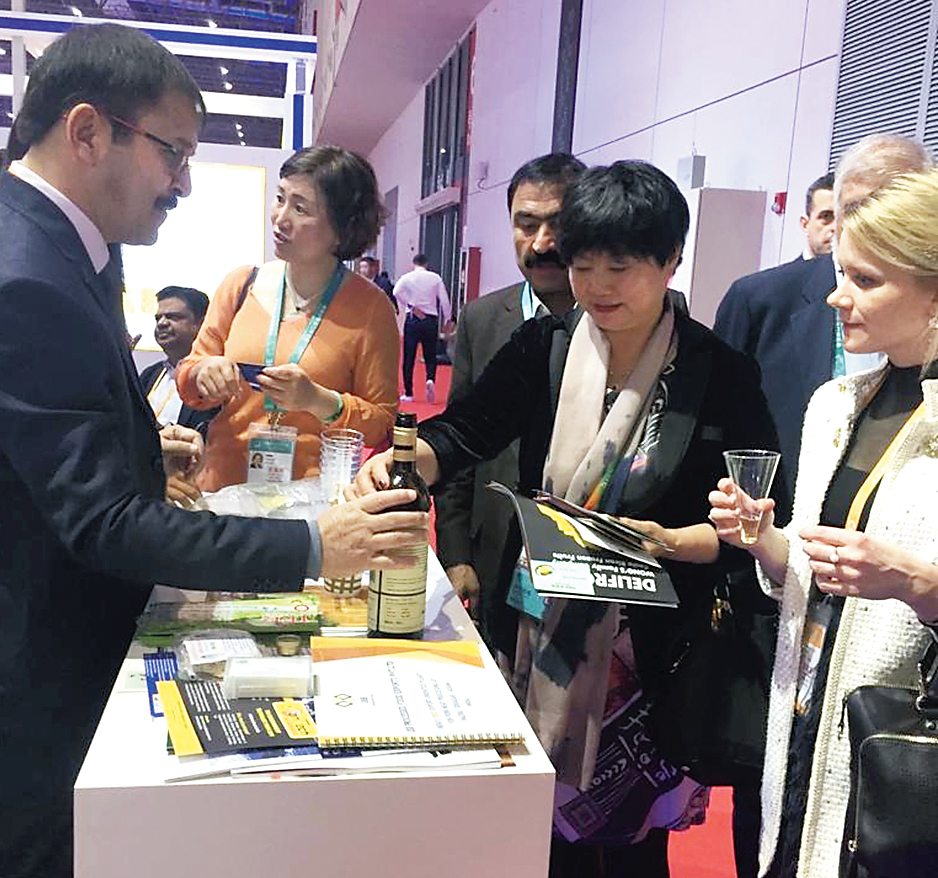 Kiwi wine from Arunachal Pradesh has become the cynosure of many visitors’ eyes and palates at an ongoing expo in Shanghai.

The commerce ministry, which represented India at the China International Import Expo at Shanghai, tweeted, “A large queue for wine and biryani tasting at India Pavilion in CIIE, Shanghai.”

Bidyut Baruah of the Agricultural and Processed Food Products Export Development Authority (Apeda), who was present at the fair, said: “People preferred it to white wine. People from other countries tasted it and gave excellent comments.”

He said many visitors were surprised that wine could be manufactured from kiwi fruit.

The organic wine, Naara Aaba, is produced by Lambu-Subu Food and Beverages Limited at Hong village at Ziro in Lower Subansiri district. The village is 5,343 feet above sea level. The company has a plant which can produce 40,000 litres per batch. The process from crushing the raw material to bottling takes about four months.

Kiwi production in Arunachal Pradesh is around 9,428 metric tonnes, of which Lower Subansiri produces 2,500MT. Apart from 13 per cent alcohol, kiwi wine has vitamins C, B1 and B2 and minerals like calcium and iron.

Apeda chairman Paban Kumar Borthakur represented his organisation at the meet. Apeda has taken the initiative to promote products from the Northeast to get a favourable response in order to get market access. Apeda is an export promotion organisation under the ministry of commerce and industry.

Around 2,800 companies from over 130 countries and regions are participating in the November 5-10 event.

The expo, organised by China International Import Expo Bureau and the National Exhibition and Convention Center (Shanghai) Co Ltd, is jointly sponsored by China’s commerce ministry and the Shanghai government.