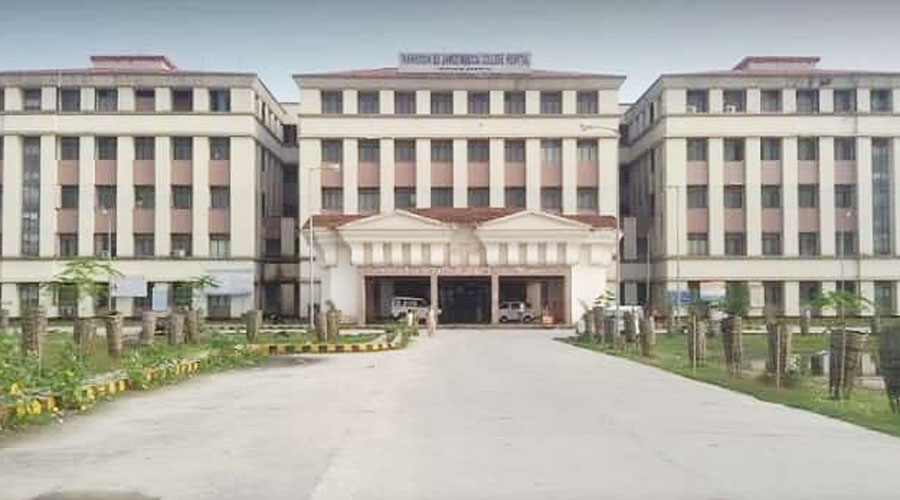 A Bangladesh national, arrested in May in lower Assam’s Dhubri district for allegedly violating visa rules, died in hospital on Tuesday, prompting a human rights activist to demand a probe into alleged police excess.

Bokul Miah, 55, passed away at 10.25am after he suffered a cardiac arrest, the Dhubri civil hospital said.

“He passed away on Tuesday morning. After post-mortem, which was videographed, we sent the body to Barpeta Medical College and Hospital for preservation. We also informed the home department, BSF and the Bangladesh High Commission,” Gyani said.

Miah and 25 others were arrested on May 2 during checking at Bahalpur in Dhubri district. Sources said their documents were not in order, including the visas which had expired in April. They claimed they were migrant workers but were travelling on tourist visas. They were travelling in two hired vehicles from Jorhat in Upper Assam to the Changrabandha border checkpoint in Bengal’s Cooch Behar district.

Jorhat is around 530km from Dhubri and 800km from Changrabandha.

Kirity Roy, secretary of human rights organisation MASUM, told The Telegraph from Calcutta that he has moved the National Human Rights Commission, seeking a judicial inquiry under Section 176(1A) of CrPC (death in police custody). He also sought withdrawal of the case against the arrested persons because they “are not criminals” and safe passage for them. “They couldn’t return to Bangladesh because of the lockdown,” he said.

The case will come up for hearing on July 6.