Altogether, 25 declared foreigners have died in Assam’s detention camps in the past nine years 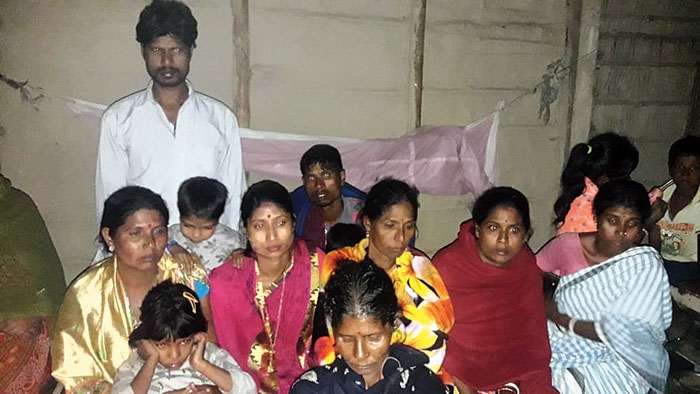 The Nalbari district administration is having a tough time convincing a family to accept the body of a relative who was declared a “foreigner” by a tribunal and kept in a detention camp.

Falu Das, 72, a resident of Chate Mari village under Mukalmua police station of Nalbari, had been in a detention camp in Goalpara in lower Assam since July 2017. He died on Thursday.

Das was admitted to Gauhati Medical College and Hospital on October 13 because of his “deteriorating health”.

After Das’s death, the district officials called up his “family members” asking them to collect his body. They came to the hospital but refused to accept the body, insisting that “his family members be included in the National Register of Citizens (NRC) first”.

This is the second instance this month where family members have refused to accept the body of the deceased who was declared a foreigner by the foreigners tribunal.

The family of Dulal Chandra Paul, a declared foreigner who died here at the GMCH here on October 13, also refused to accept Paul’s body unless he was declared an Indian but reportedly softened their stand after chief minister Sarbananda Sonowal appealed to them on Saturday to accept the body for the last rites after nine days.

Nalbari deputy commissioner Bharat Bhushan Dev Choudhury said, “Das was declared a foreigner and kept in the Goalpara detention camp since 2017. He was admitted to Goalpara hospital on October 11 and referred to GMCH for better treatment. He died at GMCH and post mortem was done on Friday.”

Choudhury said the family was insisting that the NRC authority include their names before they accept Das’s body.

“We have approached the family to accept the body, but they are refusing to do so. As he is a declared foreigner, family members have been left out of the NRC. They are demanding that they be included in the NRC. We made our stand clear that we are not the competent to do so. We are trying to convince them.”

Altogether 19.06 lakh applicants in Assam did not make it to the final NRC published on August 31.

“We demand that the government declare my father a citizen of the state. Otherwise, we will not accept the body. Only my mother and two elder sisters’ names have been included in the final NRC and my brother, two sisters and I have failed to make the list. We are too poor to contest the foreigners tribunal court order in the high court. The government must declare him an Indian,” said Das’s son, Duryadhan, 28, a fish vendor.

In the wake of Paul’s death, the chief minister had ordered the setting up of a medical team to provide prompt treatment to detainees and said the government would expedite the process of releasing on bail those who have completed three years in detention.

Altogether 25 declared foreigners have died in Assam’s detention camps in the past nine years, parliamentary affairs minister Chandra Mohan Patowary had told the Assembly in July.

According to data presented in the Assembly, the addresses of only two of the deceased were in Bangladesh. All the others had an address in Assam.