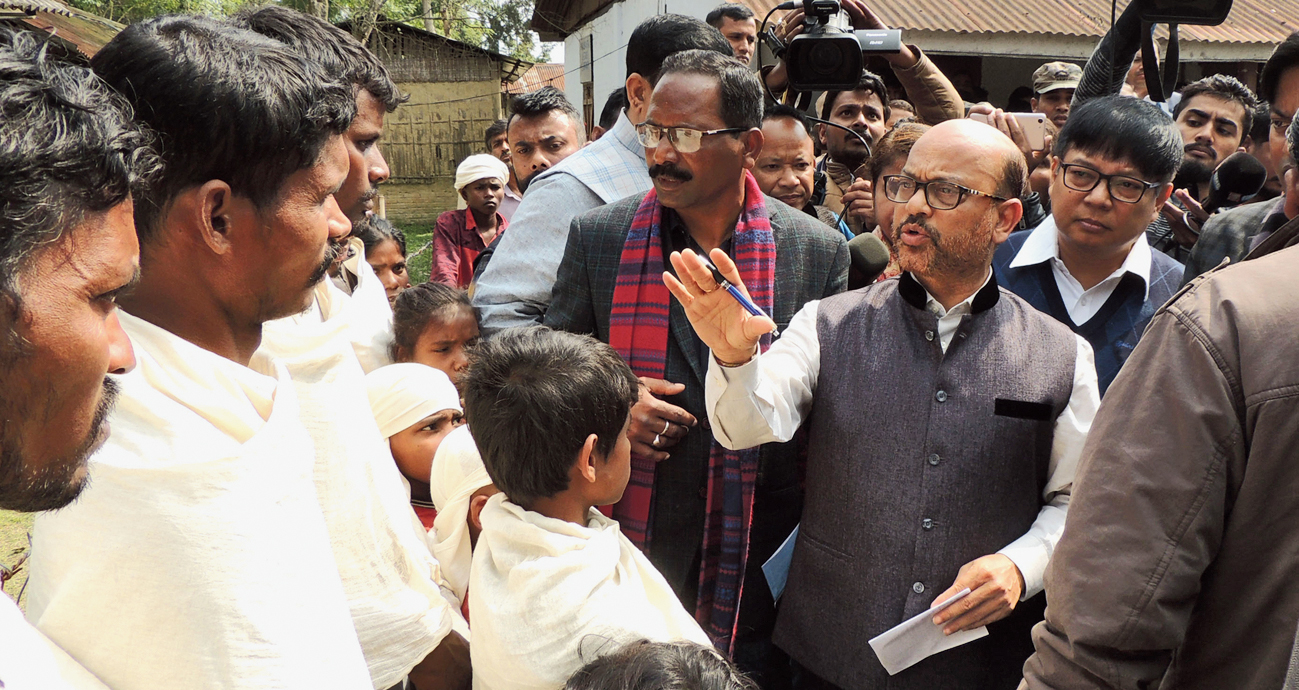 An all-party delegation of the Assembly, led by Speaker Hitendra Nath Goswami, on Friday visited the areas affected by the hooch tragedy and took stock of the follow-up action taken by the government agencies to prevent recurrence of such incidents.

More than 150 people had lost their lives after consuming toxic hooch.

“Among those undergoing treatment at JMCH, some have lost their eyesight and few others are suffering from withdrawal symptoms,” the Speaker said.

“Following the incident, a large quantity of illegally-stocked laligur, a liquid form of molasses used in making illicit liquor, was seized. We have asked the authorities to destroy the seized laligur publicly to convey a strong message to those involved in the molasses trade,” he said.

The team also asked police to launch a hunt for the absconding accused and arrest them as early as possible.

There are children who have lost both their parents and mere payment of compensation will not help them, he added. “We will have to develop a comprehensive package for these orphaned children. I have asked the administration of the two districts to hold discussions with reputed NGOs and public representatives on how to conduct their rehabilitation,” the Speaker said.