We are checking CCTV footages and video evidence and will take strict action as per law against the culprits: Police 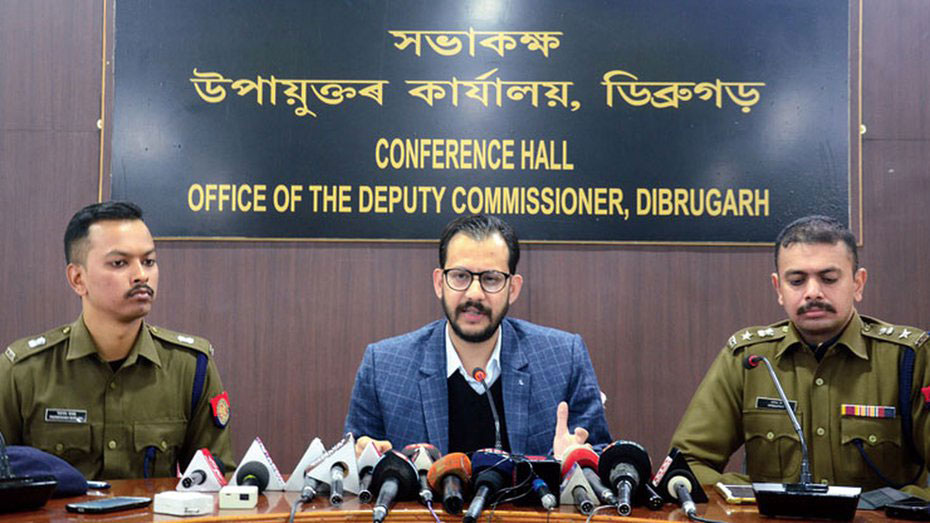 Talking to this correspondent on Thursday, the superintendent of police, Dibrugarh, Sreejith Tiraviam, confirmed that 43 people had been arrested so far.

“More are likely to be arrested. We are checking CCTV footages and video evidence and will take strict action as per law against the culprits,” he said.

Normality has returned to Dibrugarh district after sporadic violence against the CAA. On Thursday, curfew was relaxed for 14 hours from 6am.

The Dibrugarh district administration informed that the office of the circle officer, Chabua revenue circle, had started functioning temporarily from the office building of Model Rural Health Training Research unit from Thursday until further orders.

Earlier, government projects were stalled in Chabua because of the violent agitation. The circle office in Chabua and many other government installations were destroyed in the anti-CAA protests.

“Things are becoming normal in Dibrugarh after bandhs and protests against the CAA. We witnessed the worst days in Dibrugarh after sporadic incidents of violence in the district. We do not want to see such days again here,” Nirmal Konwar, a resident of Dibrugarh, said.

The CAA grants Indian citizenship to persons belonging to Hindus, Sikhs, Buddhists, Jains, Parsis and Christians from Afghanistan, Bangladesh and Pakistan who entered India before December 31, 2014, due to religious persecution. The bill was first introduced by the Centre in the Lok Sabha in July 2016 to amend the Citizenship Act, 1955.

Thanks from students: Four students from the Delft University of Technology (TU Delft) in the Netherlands, who were stuck in Dibrugarh during the recent protests, on Thursday emailed the deputy commissioner, thanking the district administration for helping them and ensuring safe return to their country.

The four students who were in Assam for research were stranded in Dibrugarh during the protests.

They said they had safely reached home on Tuesday.