This is part of the yearlong celebrations to commemorate the 150th year of Mahatma Gandhi in India and across the globe, initiated by the Centre on October 2 last year 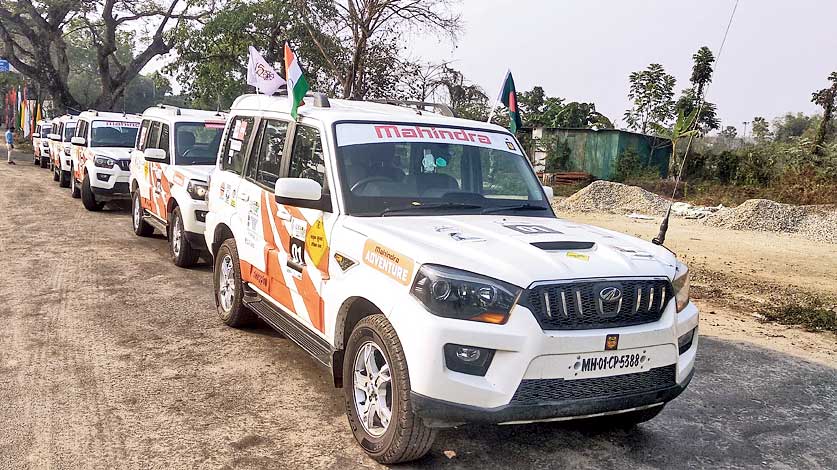 A motor rally observing the 150th birth anniversary of Mahatma Gandhi arrived here on Tuesday through Dhaka in Bangladesh as part of a three-nation tour.

The rally will travel through places historically associated with Gandhiji, in India, Bangladesh and Myanmar.

It will connect the places of significance in Gandhiji’s life, and simultaneously advocate road safety.

This is part of the yearlong celebrations to commemorate the 150th year of Mahatma Gandhi in India and across the globe, initiated by the Centre on October 2 last year.

“The rally passes through Sabarmati, Porbandar, Dandi, Yerwada, Sewagram, Jabalpur, Lucknow, Gorakhpur, Chauri Chaura, Champaran, Santiniketan and Calcutta in India and Dhaka in Bangladesh. Today, the rally reached Agartala. The aim of the rally, to take place over 22 days, is to spread the message of peace and non-violence of the father of the nation and also to raise awareness on safe driving,” Singh said.

The rally arrived here on Tuesday through Akhaura integrated checkpost here and will depart on Wednesday for Myanmar through Silchar in Assam.

It will cover 7,250km before ending in Yangon in Myanmar on February 24. Altogether 33 participants from different states and 10 vehicles participated in this rally.

One rider, Arun Bhatia who hails from Bangalore, said, “The experience of this journey is remarkable. You can see many things. We met many interesting people and we are also spreading the message of road safety and safe driving through the rally.”