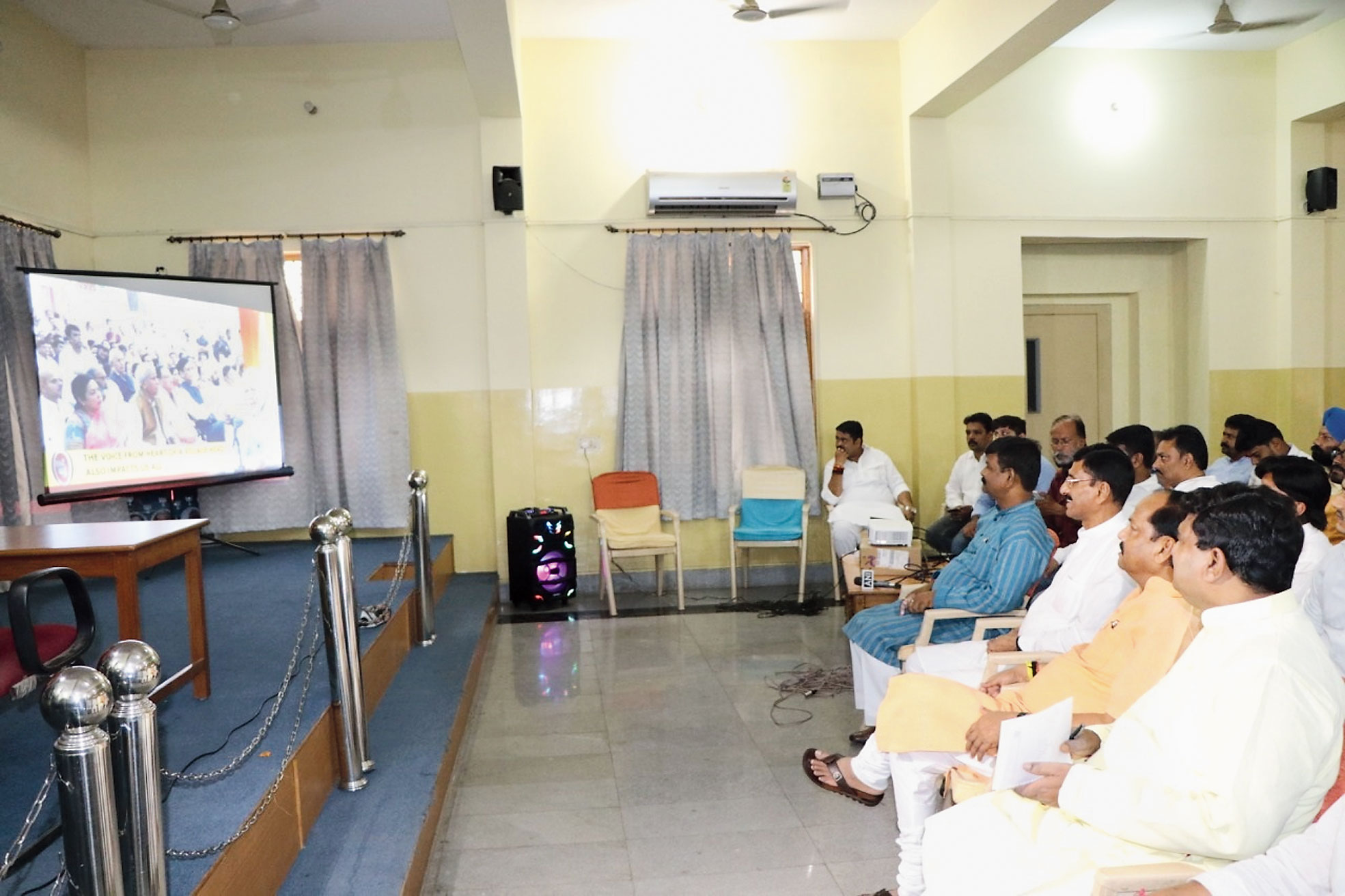 Prime Minister Narendra Modi during his radio show on Sunday played the audio message of a panchayat sarpanch from Hazaribagh who had responded to his letter pushing for rainwater conservation, and chief minister Raghubar Das announced a water conservation drive across Jharkhand primarily aimed to preserve and store monsoon rain.

In his first Mann Ki Baat after winning the Lok Sabha election, Modi said that he had written to heads of panchayats across the country and asked them to hold a meeting of the gram sabha to discuss how to conserve rainwater.

“I am happy that on June 22, lakhs of people across the country joined the gram sabha meetings and started working for water conservation through shramdan (volunteering),” Modi said.

In this context, he said: “Listen to what the sarpanch of Lupung panchayat of Katkamsandi block in Hazaribagh district of Jharkhand has to say to all of us through this message.”

He then played the message from the sarpanch, Dilip Kumar Ravidas, who spoke in the local Khortha dialect.

“I could not believe that the Prime Minister would write me a letter to conserve water. On June 5, I informed people of my panchayat about the PM’s letter and they felt encouraged. All of us offered service voluntarily to clean ponds. It is good that the Prime Minister advised us in time to store rainwater during the monsoon,” Ravidas said.

Lupung panchayat,around 120km north of Ranchi, comprises the villages of Lupung and Asdhir, with a total a population of around 6,000.

“We were excited when PM spoke about this young and educated panchayat head who completed his graduation in economics,” said Akhilesh Kumar, the Katkamsandi block development officer (BDO).

He said that Ravidas as panchayat head always focused on water conservation.

“Last year, he had renovated four to five ponds with the help of the district administration. This time he is using unused iron drums of bitumen as water harvesting structures which have primarily been placed near public hand pumps,” the BDO said.

“From July 7, the government will start a special drive where we will take steps for water conservation through shramdan,” Das said.

“I will also join this movement through shramdan at the village level. On every Sunday be it chief minister or chief secretary everybody will do shramdan. The government is committed to water conservation and in this regard several steps were taken including construction of ponds.

“Today is a proud moment for Jharkhand as the PM has told the nation about one of the progressive panchayat heads of Jharkhand,” he said.

Later Das posted a message on his official Twitter handle with the hashtag JanShakti4JalShakti.