To begin with, specialists will attend patients for two hours everyday from 8.30am except Sunday 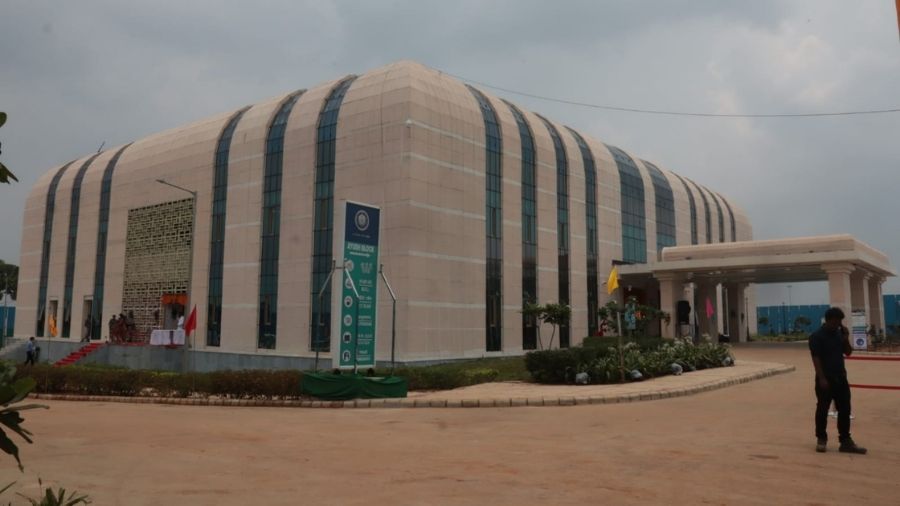 Union minister for health and family welfare Mansukh Mandaviya inaugurated OPD facilities at the new Ayush building at the All India Institute of Medical Sciences-Deoghar and also launched a night shelter facility on Tuesday, ending days of wait for a formal start of the facility.

An official of the AIIMS-Deoghar said that the OPD facilities would include general medicine, pulmonology (TB and respiratory diseases), psychiatry, dermatology (skin), surgical and allied specialties, orthopaedics, ENT, ophthalmology, paediatrics (vaccination of new born and children), obstetrics & gynecology, dentistry, pathology & microbiology, and radiology to begin with.

An AIIMS official said that because of the pandemic, the registration window for availing OPD services will be open for two hours from 8.30 am everyday except Sunday. Registration charges are Rs 30 with a validity of one year.

"There are 40 rooms earmarked for different OPD services. The centrally air-conditioned waiting hall for patients can accommodate 80 persons. We have also tied up with Amrit Pharmacy, an Union government entity for medicines at subsidised rates," he said.

Mandaviya, who abruptly cancelled the formal inauguration on June 26, did the honours online from Delhi on Tuesday as local BJP MP from Godda Nishikant Dubey and state art and culture minister Hafizul Hassan were present at the venue. State health minister Banna Gupta attended the proceedings virtually.

Speaking on the occasion, Mandaviya said the people of Jharkhand and adjoining areas could now avail of best medical facilities in Deogarh, the land of Lord Shiva. “Besides OPD services, the night shelter will be useful for people coming here for treatment from faraway places to stay back. The institute will serve not just the 15 lakh residents of Deoghar. It will cater to 3.19 crore people of Jharkhand,” he said.

Ministers and officials during the inauguration event.
Picture by Shabbir Hussain

Bharati Pawar, minister of state for health and family welfare, added that AIIMS-Deoghar once fully ready would be a boon for medical services in eastern India. “The entire project will comprise a 750-bed hospital (including 30 AYUSH beds). It will have 100 MBBS seats and 60 nursing seats. The project is on in full swing,” she added.

Notably, in the 2017-18 Union Budget, the Centre announced the establishment of an AIIMS in Jharkhand. Later, the state government zeroed in on 236.92-acre land in Deoghar to finalise the project. In May 2018, the Union cabinet approved funds to the tune of about Rs 1,000 crore for the project after which Prime Minister Narendra Modi laid the foundation stone.

AIIMS-Deoghar has been inducting MBBS students since 2019. It admitted 50 students in the first batch and increased it to 62 last year.