Two arrested for trying to extort money from tea seller 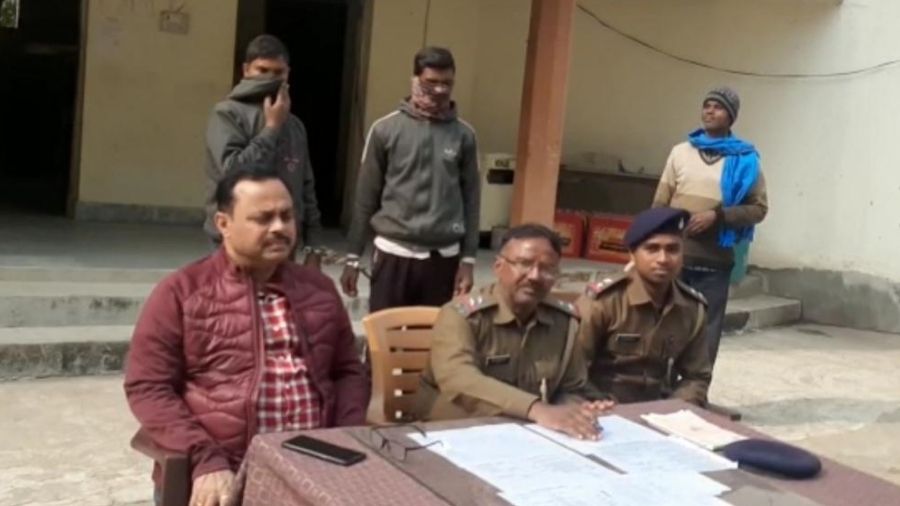 Chatra Police on  Wednesday said they had arrested two accused, including one from Gaya, for trying to extort Rs 5 lakhs from a tea seller.

The officer-in-charge of the Pratappur Police Station confirmed the arrest and said that the two were trying to extort money from Naresh Prajapati, a tea seller, and had even put a poster of the Peoples’ Liberation Front of India, a Maoist outfit, on the wall of his kiosk on November 29.

The incident became a talk of the town after the accused put up the poster and followed it with making threat calls to Prajapati, demanding money. He said that he earns a meagre amount of money every month by selling tea and fritters, and the extortion calls had even confused him.

Prajapati said he was even threatened when he lodged an FIR in this regard, from the caller identifying himself as Saurabh Yadav.

The police probing the case sent teams on Tuesday to arrest Amjad Ansari (28) from Tandwa of Chatra, and  Ranjan Saw (19) from Bahuara village under Imamganj Police Station of the neighbouring Gaya district of Bihar.

Sub-divisional police officer Avinash Kumar said after getting the complaint, police started its investigation and tracked the mobile number from which call was made to the tea seller. He said they got the lead and tip off about the duo after which, they were nabbed and sent to jail.