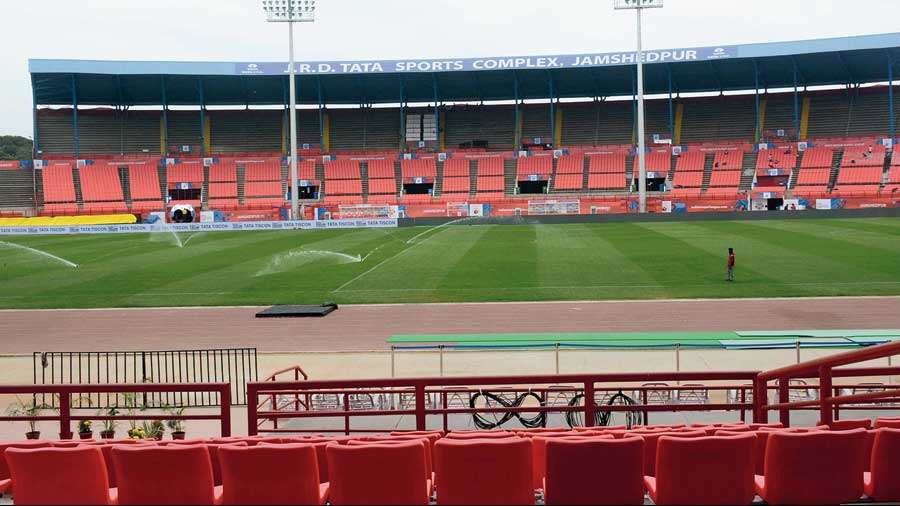 The East Singhbhum district administration will be taking necessary steps to ensure safety and security of the girls who are in the steel city to compete in the 3rd edition of the South Asian Football Federation (SAFF) Under-18 Football Championship starting at JRD Tata Sports Complex on March 15.

The All India Football Federation (AIFF) has appointed Jamshedpur-based ex-FIFA referee Binod Kumar Singh as technical officer for the SAFF Under-18 Football Championship.

The administration will ensure the deployment of police jawans and magistrates at the match venue, practice greens, and hotels from Tuesday. Efforts are being made to not take any chances when it comes to the safety and security of the participants from India, Bangladesh and Nepal.

"It is our responsibility to undertake security measures for the participating teams. Foolproof security will be in place at the match venue, practice ground (Flatlet in Kadma and Tata Football Academy in Bistupur)," said additional district magistrate (Law & Order) Nand Kishore Lal. Police jawans will escort the teams from hotels to match and practice venues. Magistrates and police jawans will be deployed from March 15 till the conclusion of the event (March 25)," he added.

The Indian team is already in Jamshedpur, while defending champions Bangladesh dropped anchor on March 12 night. Nepal arrived this morning. All the matches will kick-start under lights at 7.30 pm.