BRIEFS: Thunderstorms and gusty winds at a few places expected on Saturday 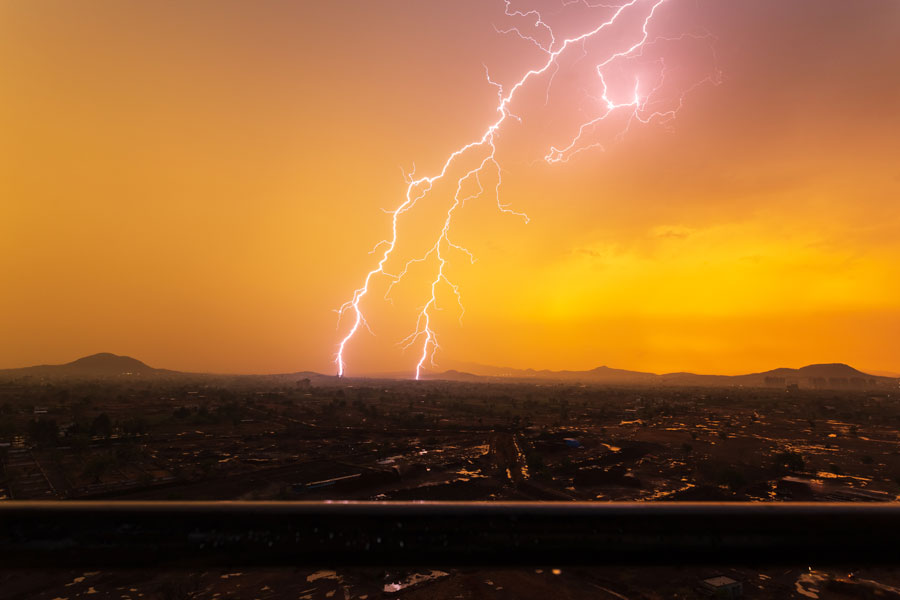 Both Ranchi and Patna Met Centres of IMD on Thursday afternoon issued forecast of thunderstorms accompanied by lightning at isolated places over southern and central Jharkhand
Representational image from Shutterstock
The Telegraph   |   Ranchi   |   Published 19.03.20, 06:40 PM

Several places in the state, including Ranchi, Jamshedpur and Daltonganj, on Thursday experienced light showers because of the impact of a fresh western disturbance passing through northern parts of the country.

The IMD observatory in Ranchi recorded 0.6mm of rain till 5.30pm on Thursday. The local weather office in Jamshedpur recorded around 1mm of rain while Daltonganj, the Palamau headquarters, recorded 0.4mm of rain. Khunti recorded 1.5 mm of rain.

Both Ranchi and Patna Met Centres of IMD on Thursday afternoon issued forecast of thunderstorms accompanied by lightning at isolated places over southern and central Jharkhand on Friday. Thunderstorms and gusty winds at a few places was expected on Saturday, while on Sunday, thunderstorm and lightning were expected over southwestern Jharkhand.

The CoBRA battalion of the CRPF stationed at Barhi in Hazaribagh district has decided to stop supply of newspapers and magazines. A newspaper hawker said it was done in view of the novel coronavirus threat. However, CRPF spokesperson Rohit Kumar said: “I will have to check and if this true then they must have taken the decision as a precautionary measure. We are also taking preventive measures to fight against this virus.”

Chhayanagar resident Kajal Rai, 25, was nabbed by police while fleeing after snatching a smartphone from a woman near the Sitaramdera bus terminus on Thursday.