Three women dead in Jamtara while excavating for white soil 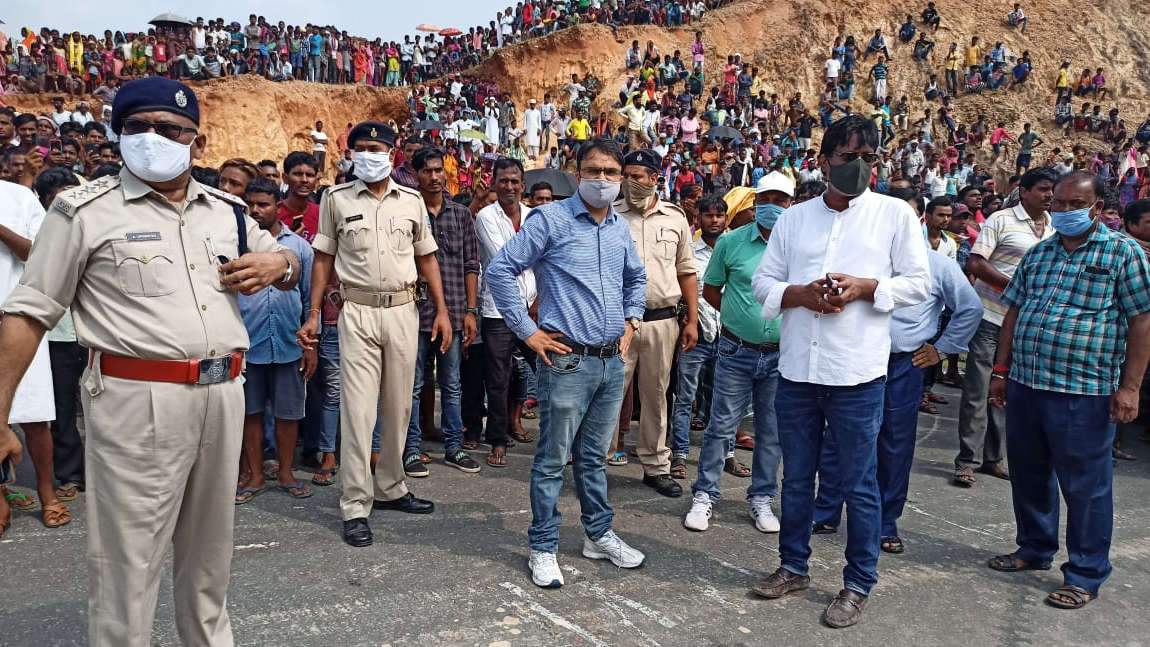 At least three women were killed and a few more feared trapped when a mound of earth caved in at Manjladih (under Narayanpur police station) on Monday.

All the bodies were recovered in the evening following a daylong rescue drive undertaken by the state disaster response force (SDRF), Jamtara district administration confirmed. The accident site is situated along the Sahibganj- Govindpur state highway, over 300km from Ranchi.

Deputy commissioner Faiz Aq Ahmed Mumtaj said that one of the women was identified as Sahnaj Khatun (25) while attempts are on to identify the two others. She, along with other women of the area, ventured out last midnight to excavate white-soil, a regular practice by local women to make a living, said local sources.

Talking to reporters, Mumtaj said, “Three bodies were recovered, of which one has been identified. The women are from the nearby Kakdibaad area.”

While the rescue mission was concluded in the evening, a few local sources apprehend that some more bodies may be trapped in the debris. A local villager said, “Usually, family members of the deceased don’t claim the body in such cases fearing police action.”

According to a local journalist, women mining white-soil is a common practice in the region to earn easy money. “The soil is used for painting houses or making clay idols and is sold in the market at Rs 25-30/kg. For many in this underdeveloped region, it is the only source of livelihood round the year,” he said, accusing local police of ignoring the menace despite the looming threat on lives.

The DC, however, said that the district administration conducts drives from time to time to curb the illegal practice. “We shall deploy local police in the area for regular patrolling,” he said.

Jamtara Congress MLA Irfan Anasari, who also visited the site after the mishap, said that he will try to grant government compensation after speaking with chief minister Hemant Soren. He said, “Ahead of the festival, the women ventured to collect white-soil to paint their homes when the mishap occurred. It’s a sad incident and I shall soon speak with CM to extend some financial compensation to the poor family members of the deceased.”