Advertisement
Home / Jharkhand / The winter chill is back, night readings plummet across state

The winter chill is back, night readings plummet across state 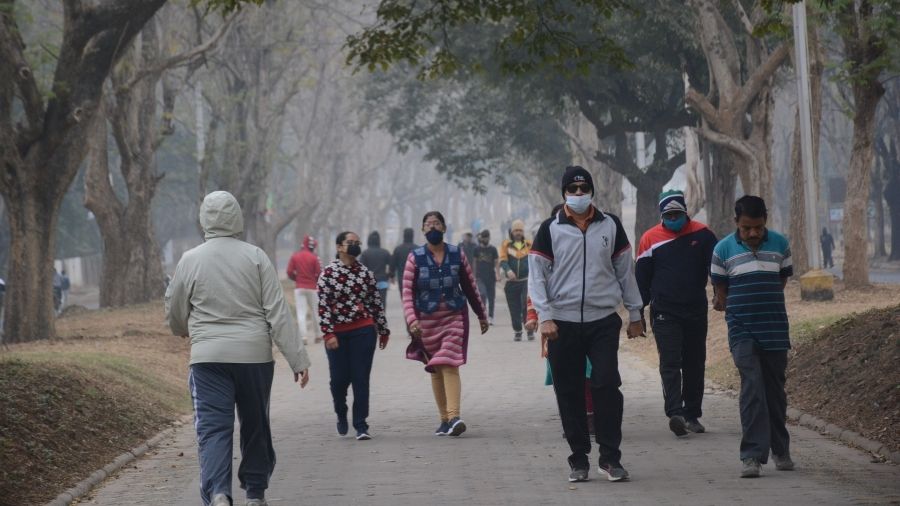 Strong north westerly winds made a comeback on Wednesday with most parts of the state experiencing plummeting temperatures, likely to continue for the next three days.

The minimum reading in the state capital, five to six notches above normal for the past few days, dropped to 9.2°C, one degree below normal. Kanke on the outskirts of Ranchi recorded 9.4°C.

In Jamshedpur, the minimum reading fell to 15.8°C from Tuesday’s 17°C.

Several places across the state including Jamshedpur and its adjoining areas witnessed early morning fog which resulted in poor visibility.

The night readings plummeted to 9.6°C from 14°C at Bokaro in the last 24 hours. Wednesday’s minimum reading in Bokaro was two notches below normal.

Palamau headquarters Daltonganj recorded a minimum temperature of 11.2°C, a three degree fall in the past 24 hours.

Wednesday afternoon’s forecast, issued by Ranchi Meteorological Centre, predicted another three to four degree fall in minimum readings due to the free flow of the north wind.

"The north-westerly wind is dominating over Jharkhand and this is resulting in a sharp drop in minimum temperatures," said Abhishek Anand, deputy director of Ranchi Meteorological Centre.

On Wednesday, most districts of Jharkhand sported a clear sky with low humidity conducive to lower minimum temperatures. The meteorological department has predicted same weather across the state for the next three days, with mist and fog in the morning and the evening.

The drop in the minimum readings prompted residents across cities to take extra cover.

"The chill is back. We can feel the cold north wind blowing. I had to use a jacket and woollen cap while going for a morning walk," said Avinash Kumar, a resident of Kadma.