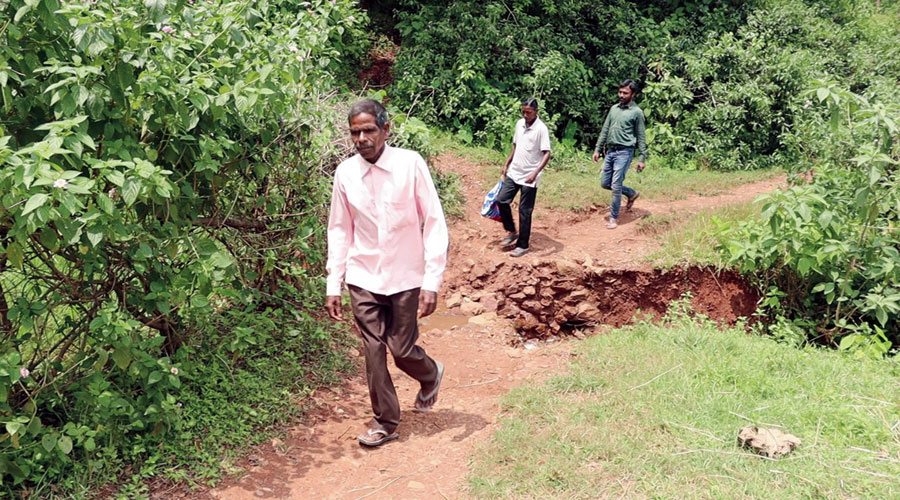 Irrespective of the pandemic, Teachers’ Day is just another day for these two teachers who cross a hill on foot everyday to reach their makeshift school in Jharkhand.

“We walk 4km on a hilly track to reach the school and also return the same way everyday,” said Martin Soy as his colleague Barju Soy nodded in agreement.

They both are para-teachers who have been teaching in an upgraded primary school at Tutkora village in Arki block in Khunti district.

The village, located around 100km from state capital Ranchi, has only 30 households and 26 children are enrolled in the primary school comprising a single hall made of wooden poles covered with corrugated tins and polythene sheets.

“The state government sanctioned funds for construction of a school building but that had to be returned,” said Martin. He said some building materials had to be brought from outside but those could not be carried over the hill for want of a proper road.

“I have been teaching here since 2003 and Barju joined when the primary school was upgraded in 2006,” he said.

Martin said they both were para-teachers working for a consolidated monthly salary of Rs 12,000.

They both come from other villages and get some transport up to a certain point and then start walking through the forested hill, he said.

“We don’t face any difficulties,” they replied when Sunny Sharad, a local reporter who accompanied them to the school recently, pointed out that the area was considered as extremist-hit. 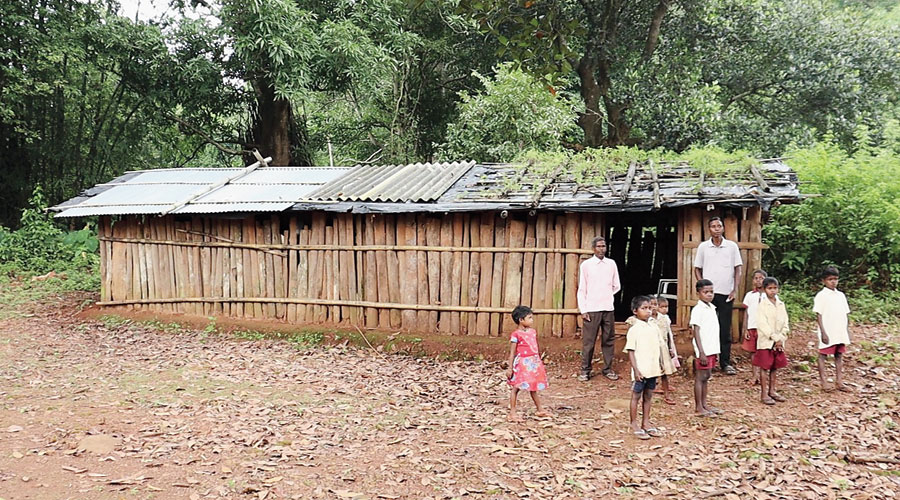 The upgraded primary school at Tutkara village in Arki block in Khunti district that runs from a makeshift hall.
Photo courtesy Sunny Sharad

Their school, like any other in the state, is also closed. They laughed when Sharad asked them if they also resorted to online teaching during the lockdown. “We could not do that even if we wanted to,” Barju replied, explaining the students did not have smart phones and those would not work even if they had because the area has no mobile network coverage.

“He was right as I also couldn’t get network from around 20km before reaching the school,” Sharad said.

“There was no school earlier and no child would study as they could not to a distant one crossing the hills,” Martin said, adding all the children were now attending school.

“Many of the children I taught are now attending high school and even college,” he said, describing that as their achievement.

“That’s right. These teachers may not be highly qualified as teachers but are doing a great service to the society by educating a village,” said Ajay Sharma, another local reporter who accompanied Sharad.

Sharma added that no politician or official visit the village.