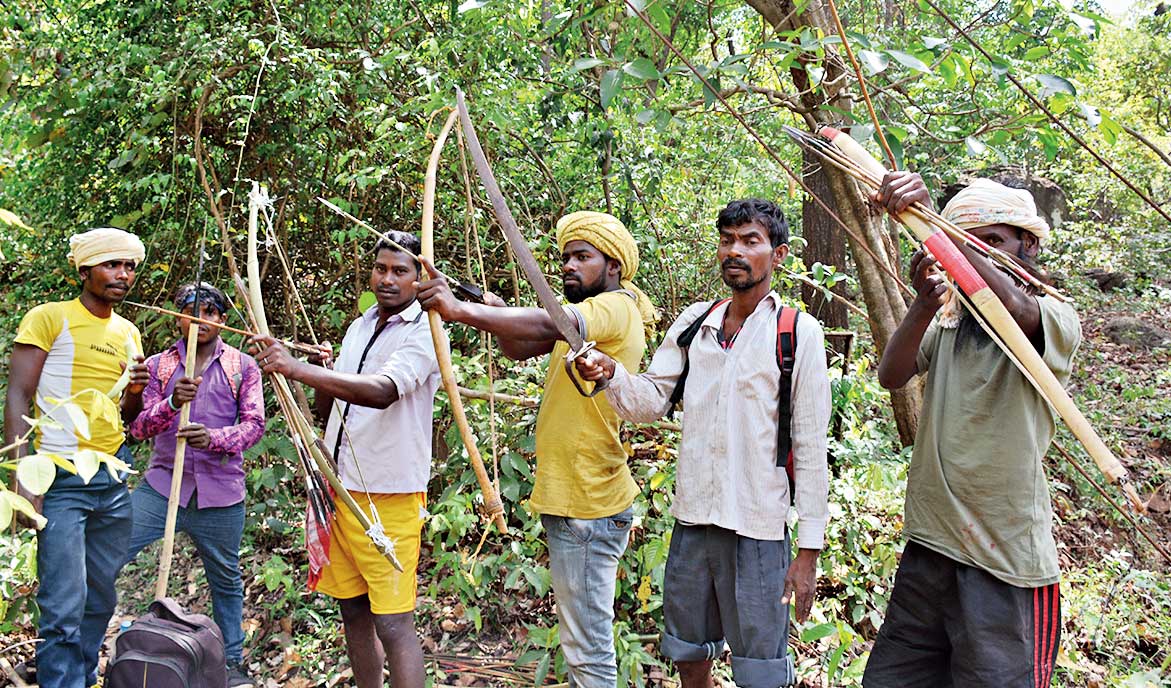 The forest department has activated two check posts at Chakulia and Barisole, both in Baharagora sub-division of East Singhbhum, for Bishu Shikar, the annual hunting festival of tribals, popularly known as Sendra.

The date of the tribal festival will be declared by Dolma Buru Sendra Samiti on April 12. The festival is usually celebrated in the third week of April.

On the day of Bishu Shikar tribals with traditional weapons enter Dalma Wildlife Sanctuary and kill wild animals. For the last couple of years, due to the strict measures by the forest department, killings have reduced.

Ranchi Wildlife Division, which monitors Dalma hills, will keep a strict vigil across the 192sqkm sanctuary to ensure a bloodless Sendra.

“We will keep a tight vigil to prevent hunting of animals. We will also meet with samiti members and tell them about the futility of killing animals,” said an official posted at Dalma range office.

Checking drives will be carried out at Pardih roundabout and Fadlugora to prevent persons entering with firearms inside the sanctuary.

Dalma eco-development committee and NGOs will also spread awareness against futility of bloodshed at the 85-odd villages and hamlets dotting the sanctuary.

Ranchi: A peace committee meeting was held at Argora thana on Thursday in the view of Ram Navami.