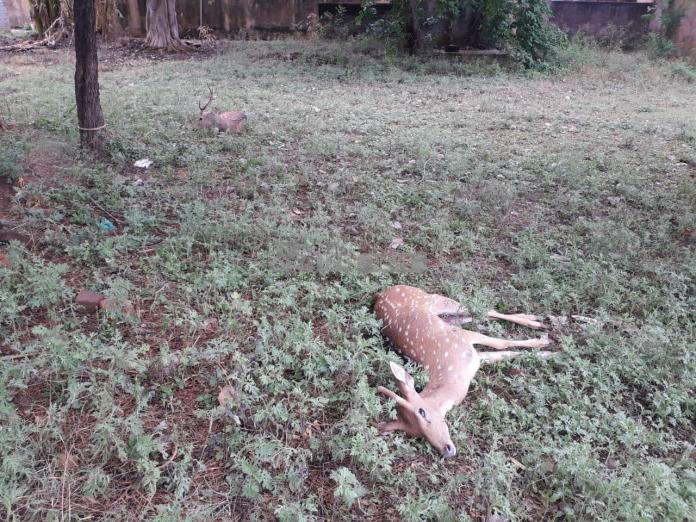 Street dogs injured two thirsty deer that had strayed to a pond at Kandi block headquarter in search of water this morning. Local villagers claimed that they informed the forest department after rescuing the injured animal, but officials did not reach the spot on time, resulting in the death one deer.

“We heard stray dogs barking around 5am and rushed out of our houses. Soon, we saw six to seven dogs chasing two deer. We rushed towards the animals and managed to rescue the badly injured deer. But by then, the damage had been done. The deer had suffered grievous injuries all over its body,” said a villager Sindhu Prajapati.

He added that the villagers immediately handed over both injured animals to the Kandi police, who provided treatment. However, one animal succumbed to its injuries around 8 am.

Officer in charge of Kandi police station Ram Avtar said, 'We provided treatment to the deer but one died eventually. I immediately informed the forest department officials.”

District forest officer (North) A K Gupta said to the The Telegraph Online that forest officials received the animals from the police.

“The dead deer was buried after post-mortem, while the injured deer is placed in the Bhawanathpur Range office compound after first aid treatment,” he said.

Gupta denied allegations of villagers and added, 'As soon as the information was received, the forest officer rushed to the spot.'