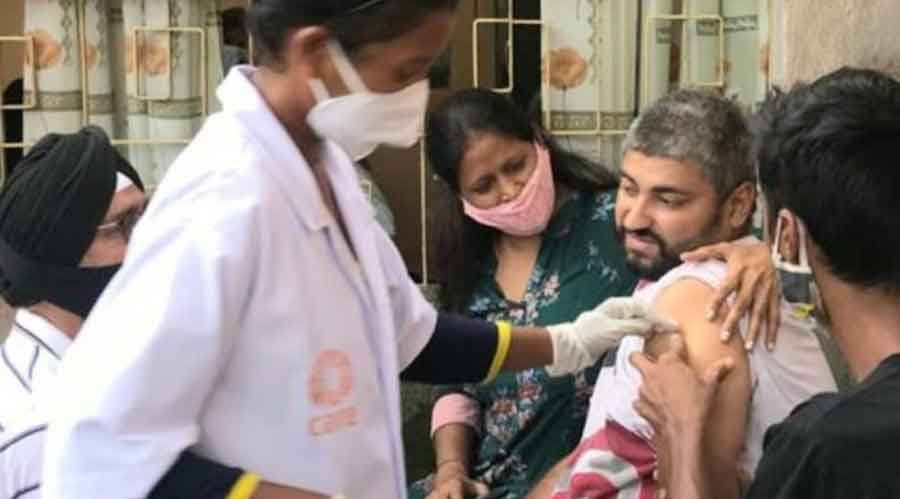 Eighteen special athletes took their second dose of vaccine for Covid-19 at a camp organised by the East Singhbhum district administration on Sunday.

Jeevika, a Sonari-based NGO which runs a special school, requested the district administration to organise the camp for the second dose of vaccine at their school. A team, including three nurses, completed the formalities in around two hours.

The special athletes, including, Ryan Francis, Raju Diwan, Akash Sharma and Pankaj Kumar (all students of Jeevika) were afraid to take the vaccine and refused to roll up their sleeves. However, they relented after a while when presented with chocolates.

According to him, they felt it was their responsibility to convince parents of our special children to get their wards from a safety point of view. "We are happy that now our students are safe," added Singh, a former international cyclist.

Jeevika secretary Sukhdeep Kaur was also present on the occasion.

Badminton Association of Jharkhand was formed on Sunday. Dinesh Kumar has been nominated president of the outfit while Vijay Singh (vice-president) Rajeev Sengupta (secretary) and Mohammad Rashid (treasurer) are other office bearers. "The association has been formed for developing the game and promoting shuttlers in the districts. We are organising a two-day tournament in Telco later this month," Kumar said at a media meet.