Vinod Miachel, who still managed to rescue the reptile, got 10 vials of anti-venom; now out of danger 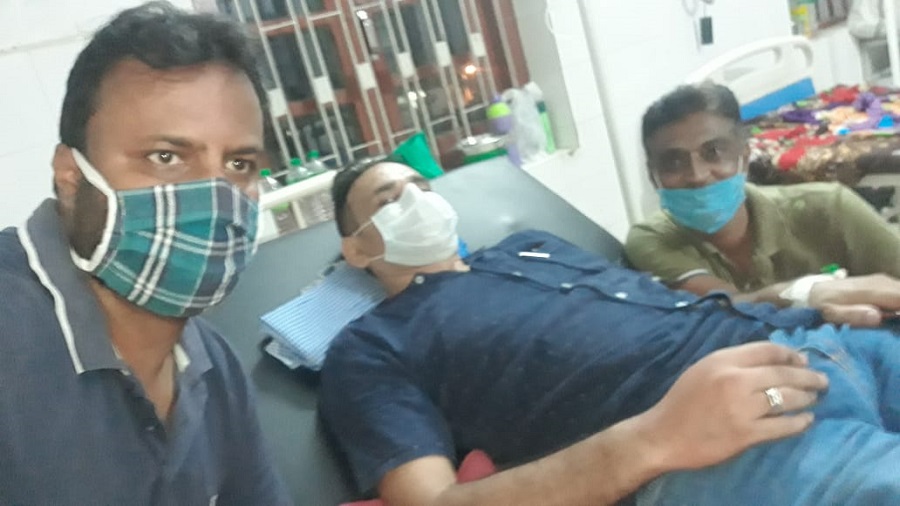 A snake catcher of Hazaribagh town was bit by poisonous snake while trying to rescue the reptile from Vinoba Bhave University(VBU) campus.

Vinod Miachel, known for rescuing hundreds of poisonous and non poisonous snakes, was rushed to Hazaribagh medical college and hospital(HMCH) where his condition is stated to be out of danger. Miachel works in VBU’s account section.

Talking to The Telegraph online at HMCH, Miachel said he recieved an information about a Russell's viper in the varsity campus near the bank area yesterday evening.

Being an expert rescuer, Miachel tried to catch the highly poisonous snake with a stick but the reptile bit him on his hand.

Despite the setback, Miachel managed to rescue the snake before being admitted to HMCH. He was given 10-vials of anti venom.

"The snake got the chance to bite because the stick I was using was little bend", he said from the hospital bed, adding that this was the first time that he was bit by a venomous snake.

"The bite of this snake is very dangerous. The hand of Miachel became black but he is lucky that he reached the hospital within 20-minutes and was given the required treatment," Sharma added.

Sharma said Russell's vipers are found in large numbers in and around the district and its presence here on this plateau is a matter of amaze for researchers. He further informed that this snake does not lay eggs but gives birth to young ones.

Miachel said he didn’t have a rescue kit which comprises of a pair of gloves, a stick and a pair of feet cover .

The forest department never takes the initiative to provide kits to us rescuers. Even department employees works without this kit," he said.

Sources said Hazaribagh wildlife division is funded in crores every year but lacks money to provide kits to rescuers. A senior forest official said they get funds for developmental work but not for kits.